SSA Mexico increased its capacity in the Port of Manzanillo, Mexico, by 88% with the acquisition of Ocupa Holding and by going from 34 to 64 hectares of area in its terminals.

A subsidiary of the American company Carrix, one of the main private capital port operators worldwide, SSA Mexico has operated a 34-hectare terminal and, as of May 26, acquired all the shares representing the capital stock of Ocupa Holding (including subsidiary companies), which operates a terminal of about 30 hectares in the Port of Manzanillo.

With this, SSA Mexico consolidates itself as the main connection of the ports of the Far East and Southeast Asia with Mexico.

Before the purchase, Ocupa Holding (Grupo Ocupa) served as a 100% Mexican company, focused on Manzanillo, whose port connects with 145 origins and destinations around the world and 17 states in Mexico, positioned as number one in the movement of containerized cargo nationwide and fifth place in Latin America.

“This event will generate significant benefits for the Port of Manzanillo in terms of employment, new investments, development of port infrastructure, economic competitiveness and added value in port maneuvers,” said SSA Mexico in a statement sent to its customers, suppliers and users.

For the Port of Manzanillo, there are plans to increase capacity in what is currently a very saturated port.

Of the total container movement of the Port of Manzanillo in 2021, SSA Mexico handled 48%, while at the national level it handled 21 percent. 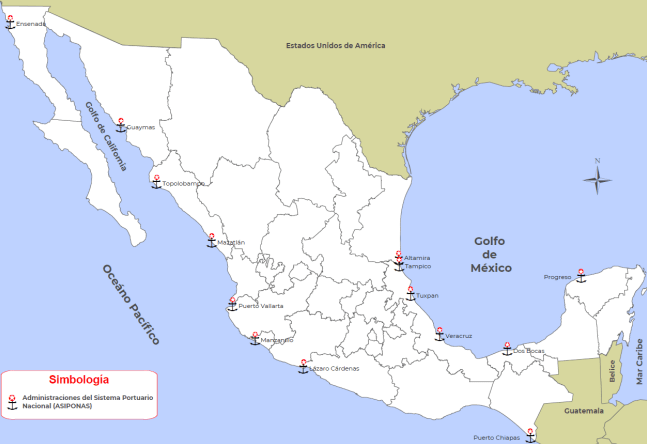 The ports of the Pacific coast displace 74% of the containers type TEU’s, of which Manzanillo handles 56%, as well as 41% in the national total.

“By combining the strengths and skills of each of these companies, we will be able to offer a better service to our clients and help the Port of Manzanillo to consolidate itself as a strategic, reliable and safe reference to attract more investments in this highly dynamic environment in the world. international trade”, added SSA Mexico in the same statement.

SSA Mexico plans to invest 30 million dollars in 2022, which includes the purchase and commissioning, in the second half of the year, of two new Super Post Panamax cranes for operation in docks and six RTG type yard cranes.