Celanese, a global specialty chemicals and materials company, ranked 19 of its top competitors in its Engineered Materials segment. 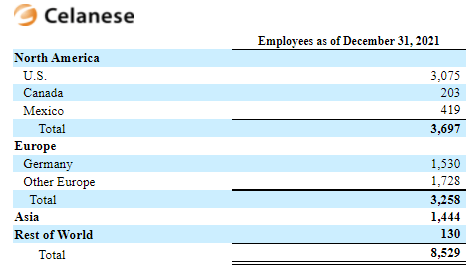 In short, Celanese is a leading global producer of high-performance engineering polymers used in a variety of high-value applications, as well as one of the world’s largest producers of acetyl products, which are chemical intermediates for nearly all major industries.

In July 2020, the company announced that it was establishing a European Composites Center of Excellence at its Forli, Italy facility, including the planned consolidation of its compounds operations in Kaiserslautern, Germany; Wehr, Germany; and Ferrara Marconi, Italy.

These operations are included in its Materials Engineering segment.

The company, which manufactured cellulose acetate, was founded by Swiss brothers Drs. Camille and Henri Dreyfus.