An UNCTAD report said that according to the United Nations Global Policy Model, world GDP is expected to grow 2.5% in 2022.

This is 1.0 percentage points lower than the rate forecast for this year in the Trade and Development Report 2021, but is broadly in line with UNCTAD’s March update.

The downward revision from last year is due to three factors:

1.- The policy stimulus enacted in 2020 and 2021 proved less effective than expected.

In particular, in the rebound from the recession, fiscal and financial stimulus turned out to be less than expected, with a weaker impact on growth.

This made the subsequent policy tightening (both fiscal and monetary) more recessionary than it would have been had the recovery been stronger. 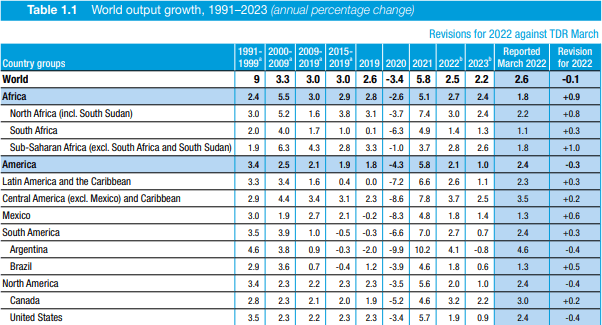 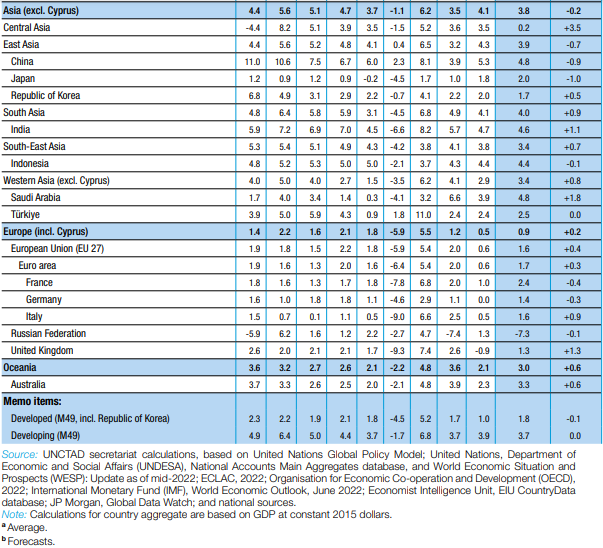 2.- The supply response for major goods and commodities was insufficient to meet the post-crisis surge in demand.

This outcome is not surprising; many governments were reluctant to boost public investment and employ an active industrial policy, leading to a situation in which the ongoing policy tapering (to liquidate excess central bank assets) was exacerbated by interest rate hikes aimed at countering inflationary pressures.

Unanticipated headwinds from the war in Ukraine reduced growth in the Russian Federation and Ukraine and also caused a swing in commodity prices (most of which have now declined) and are now acting as an adverse supply shock in both advanced and developing economies.

Also, the ongoing war in Ukraine and geopolitical tensions are adding to economic anxieties.

Given that most of these consequences have so far occurred as expected, UNCTAD’s projection remains virtually unchanged from six months ago.

But this also serves as a reminder that the most critical problems facing the world economy today predate the war in Ukraine.