The American company Tyson reported that it managed to grow both in its exports from the United States and in its internationalization in the fiscal year of 2021, which ended on October 2.

In fiscal 2021, the company sold products to customers in approximately 140 countries.

Indeed, Tyson’s sales to customers in foreign countries for fiscal year 2021 totaled $ 7 billion, of which $ 4.9 billion was related to export sales from the United States. 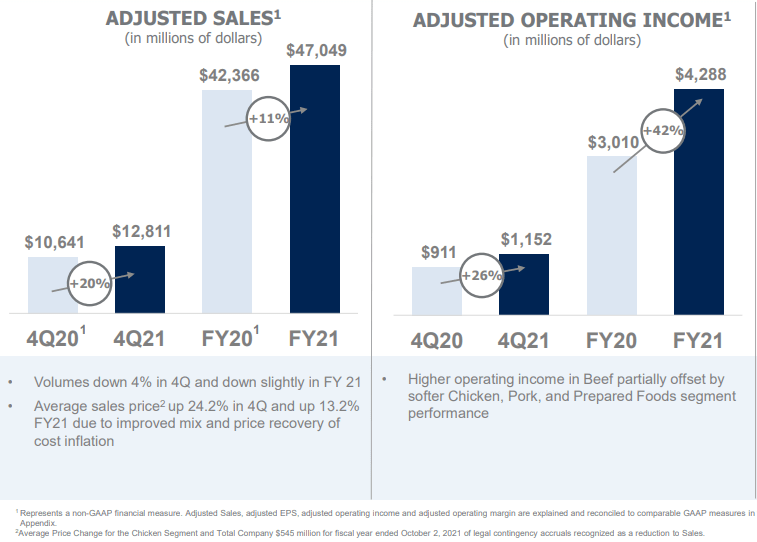 Additionally, Tyson had approximately $ 1.36 billion of long-lived assets in overseas locations, primarily Brazil, China, the European Union, New Zealand and Thailand, at the end of fiscal 2021.

The company has the following operations abroad: