Camimex highlighted the top 16 mining mergers and acquisitions in Mexico during 2021, based on data from Seale & Associates.

Overall, Seale & Associates recorded 149 transactions, representing an increase in volume of 22.1% over 2020.

The total announced value of transactions was $7.5 billion. The industrial sector led M&A activity in 2021, with 25 announced transactions, representing 16.7% of total transactions in the period. 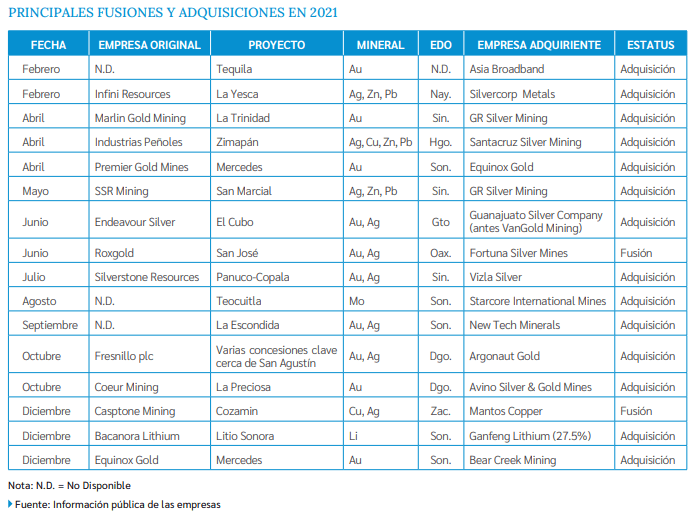 Particularly, the mining industry, in second place, had 23 deals and a 15.4 percent share.

The following transactions stood out:

The mining industry in Mexico is a strategic sector that generates value for the national economy, drives the development and wellbeing of 696 communities where its operations are located.

The sector’s contribution to the Gross Domestic Product (GDP) was 2.5% of the national GDP and 8.6% of the industrial GDP in 2021, being one of the five industries that contribute the most to this item.

Thus, Mexican mining recorded a growth of 7.1%, one of the most dynamic rates of all productive activities.