On the contrary, América Móvil, Axtel, Telefónica and Maxcom lost market share in the same measurement. 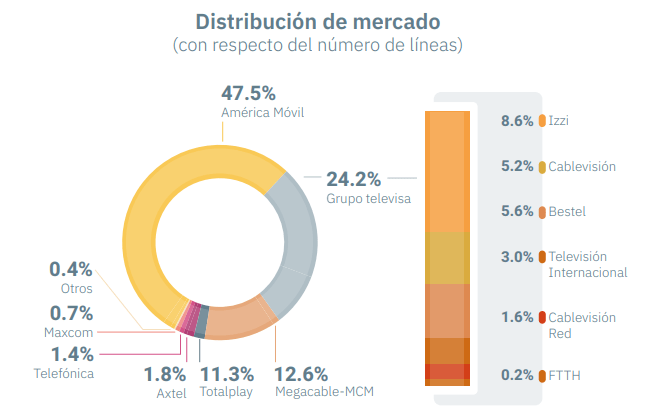 The percentages are calculated with respect to the total lines of the fixed telephony service. The sum of the percentages may not be 100% due to rounding.

The participation of the “others” increased from 0.3 to 0.4 percent.

Through a public-private partnership that began in March 2018, the Mexican government began work on Red Compartida (Red Compartida), a project to increase telecommunications coverage in Mexico through 4.5G or higher wireless networks. .

Likewise, it is intended to provide progressive coverage by January 24, 2022 to 111 Pueblos Mágicos (Magical Pueblos), small rural towns that offer indigenous handicrafts and other unique attractions.

At the same time, the government allows up to 100% of foreign direct investment in the telecommunications and satellite communications sector (including cable television).

The government also allows up to 49% foreign direct investment in broadcasting, subject to any reciprocity agreement between Mexico and the country of origin of the investor or operator.