People typically eat too much and move too little, and these increasingly unbalanced lifestyles are taking a toll on their health.

The incidence of obesity and diabetes, and concerns about digestive health, are increasing rapidly.

Tate & Lyle highlights that there are approximately 463 million adults in the world living with diabetes, rising to an estimated 700 million by 2045. 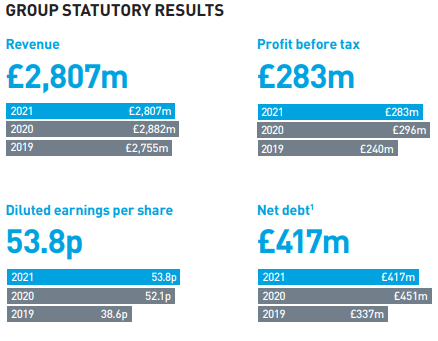 The costs of medical care are rising in the long term, putting health services in many countries under greater pressure.

The company cites the UK as an example, where the government estimates that costs to the NHS attributable to overweight and obesity will rise from £6.1bn to £9.7bn by 2050, and costs are estimated to more extensive for society will reach 49,900 million pounds sterling a year.

Excessive sugar consumption is considered a major concern, and around 40 national governments have already introduced a “sugar tax”.

Yet while obesity is now responsible for more deaths than hunger, one in nine people in the world still struggle to find enough nutritious food to eat every day.

And this is likely to increase as the economic fallout from the pandemic unfolds in the coming years.

Before the pandemic, the growth of the middle class, especially in Asia Pacific, and people’s more hectic lifestyles were causing a long-term shift towards more convenient and time-saving ways of eating.

As the world emerges from the pandemic, convenience will continue to be important, but the pandemic has certainly had an impact on food purchasing and consumption behaviour.

For example, people snack 50% more often than before lockdown in the UK, Spain, Brazil and France.

And home cooking has increased dramatically, reversing a long-term trend away from eating desserts.

There has clearly been a change in behavior, but as the world opens up, the extent to which these changes will be adopted permanently remains to be seen.

Tate & Lyle further argues that the global pandemic has shed light on the interconnectedness between maintaining a healthy natural world and living in prosperous societies.

Concern about the planet and its natural resources, in particular the need to address climate change, is rapidly increasing and this concern is affecting people’s food choices in many ways.

The demand for plant-based alternatives is growing, as people adopt vegan, vegetarian or “flexitarian” diets, cutting back on meat consumption amid concerns about their health and the effects of animal farming on the environment.

People also want to know exactly what’s in the food they eat and where it comes from, so they take a closer look at labels and look for simpler or “more natural” ingredients. And it’s not just the food that’s important: environmental concerns mean the packaging needs to be sustainable, too.

For food companies like Tate & Lyle, these global trends present both opportunities and risks.