Prices of primary commodities, such as energy (coal, natural gas, spot crude oil and propane) and food, rose sharply in 2022, driven by the sharp rise in European natural gas prices in the wake of the Ukrainian crisis.

Following the outbreak of war in Ukraine, energy and food commodity prices skyrocketed. 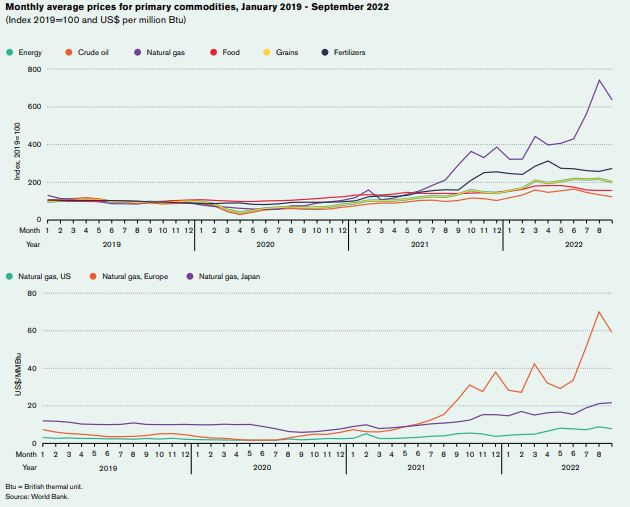 Although crude oil prices moderated between June and September, they remained high, up 64% from January 2021.

Of particular concern for food security was the price of fertilizer, which rose 75% year-on-year in September.

High fertilizer prices could lead farmers in poor countries to use less or do without fertilizer, with negative consequences for crop yields.

Natural gas prices have varied widely across regions since the beginning of 2021.

In September 2022, gas prices in Europe were more than eight times higher than in January 2021.

U.S. prices nearly tripled over the same period, but remained low compared to Europe, $7.76 per million Btu versus $59.10.