The European Union, China and the United States were the world’s top food importers in 2021, according to the WTO.

In first place, the European Union bought products from abroad for a customs value of $594 billion. 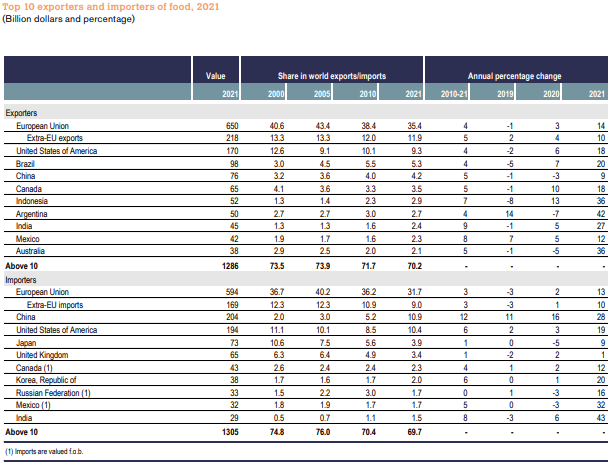 According to Where Food Comes From (WFCF), the value-added food industry has grown rapidly in recent years in response to growing consumer interest in social responsibility, sustainability and food safety production practices.

WFCF continues to see growing consumer interest in how their food is produced. WFCF is a trusted leading resource for third-party verification of food production practices in North America.

Natural and/or organic are examples of food labels that indicate that the food or other agricultural product was produced in a particular way.

Sales of natural and organic products are only part of the story of how consumers seek verification of practices linked to food labeling claims.

Other factors are also increasingly important to consumers and are evident on menus and product labels.

While not an exhaustive list, some of the issues that farms, ranches, producers, processors, restaurants and retailers address include animal care and handling, the impact of a product’s production on the environment and society, and the inputs used in food production (such as antibiotics).

As consumers want more assurances about the reliability of labeling claims, there is a growing trend toward verification of practices around sustainability.