The record number of new trade concerns raised at the WTO’s Council for Trade in Goods (CTG) broke records in 2021.

Indeed, WTO members raised a large number of trade concerns at the three formal meetings of the CTG, with November’s 37 being an all-time high.

To note: The Council for Trade in Goods is responsible for overseeing the implementation of all WTO agreements relating to trade in goods. It is composed of all WTO members and reports to the WTO General Council. 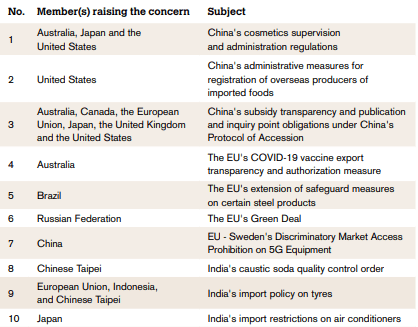 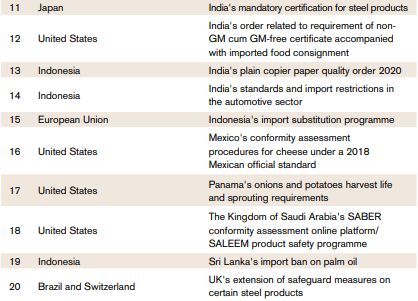 In addition, the Council for Trade in Goods has 12 subsidiary committees dealing with specific issues, such as agriculture, market access, subsidies, technical barriers to trade, sanitary and phytosanitary measures, import licensing, customs valuation and trade facilitation.

These committees also include all WTO members. The working groups on state trading enterprises and the Information Technology Agreement also report to the Goods Council.

In addition to these new trade concerns, members continued to discuss other long-standing issues, such as the renegotiation by the European Union of tariff-rate quota commitments as a result of the United Kingdom‘s exit from the European Union, as well as equivalent negotiations by the United Kingdom in the context of establishing its individual schedule of concessions.

The Council has approved four collective waiver requests extending the deadlines for updating WTO schedules of goods to reflect changes to the Harmonized System (2002, 2007, 2012 and 2017). The Council also forwarded to the General Council a draft EU decision to extend a waiver on the application of autonomous preferential treatment to the Western Balkans. It did the same with a draft decision approving a further extension for Cuba of its waiver relating to Article XV of GATT 1994, which concerns non-IMF WTO members.

In addition, the CTG approved requests by Armenia and the Kyrgyz Republic for a further 12-month extension of members’ right to modify or withdraw concessions by mutual agreement under Article XXVIII of GATT 1994, as well as similar requests by the European Union and the United Kingdom for a further six-month extension of members’ negotiating rights in their respective renegotiation procedures.