The fact that merchandise trade values are growing at double-digit rates, while trade growth in volume terms remains in single digits, indicates strong increases in the prices of traded goods. 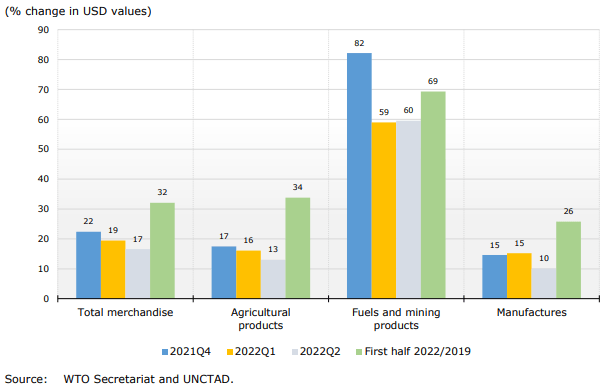 Statistics on trade in merchandise and commercial services in value terms are interesting, as they reflect countries’ income from exports and the cost of imports.

In July 2018, the United States and China began imposing tariffs on approximately $34 billion of each other’s exports.

Negotiations are currently underway to resolve the trade dispute.

Continued global trade tensions may result in the imposition of further tariffs or other geopolitical economic developments in the future.

Future actions by the U.S. administration or other countries, including China, with respect to tariffs or international trade agreements and policies remain unclear.