It is estimated that inequality in Latin America and the Caribbean, measured by the Gini coefficient, has increased 2.9% above the levels before the Covid-19 pandemic.

Thus the situation worsened. Even before the pandemic, Latin America and the Caribbean was the most unequal region in the world.

The main reason for the rebound? The people most affected by job loss belonged to the first quintile.

After disseminating this result, the Economic Commission for Latin America (ECLAC)) stated that traditionally the labor markets of Latin America and the Caribbean have been informal, fragile and exclusive. 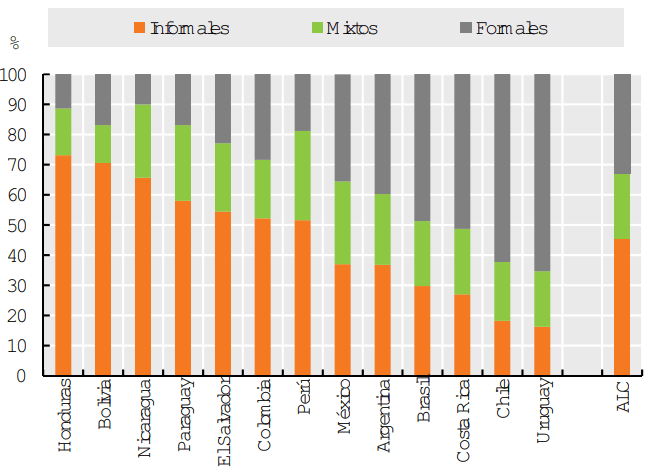 Similarly, the impact of the Covid 19 crisis has been asymmetrical, since it has particularly affected the most vulnerable groups and has reversed some of the socioeconomic progress experienced in the region in recent decades.

These levels of poverty had not been observed in the last 20 and 12 years, respectively.

More than half of the region’s workers occupy informal jobs.

Informal households – that is, those whose income depends entirely on the informal economy – are the most affected by the Covid 19 crisis, as they have lost their jobs and the income they obtained from them.

However, according to the Key Indicators of Informality Based on Individuals and their Households database of the Development Center of the Organization for Economic Cooperation and Development (OECD) , there are great disparities in the levels of informality registered in the different LAC countries, from a level of less than 20% in Chile and Uruguay to more than 60% in Bolivia, Honduras and Nicaragua.