After a double-digit decline in 2020, announced greenfield projects in electronics and electrical equipment saw a remarkable 156% increase in 2021.

These projects were hard hit during the first year of the pandemic by supply chain problems. 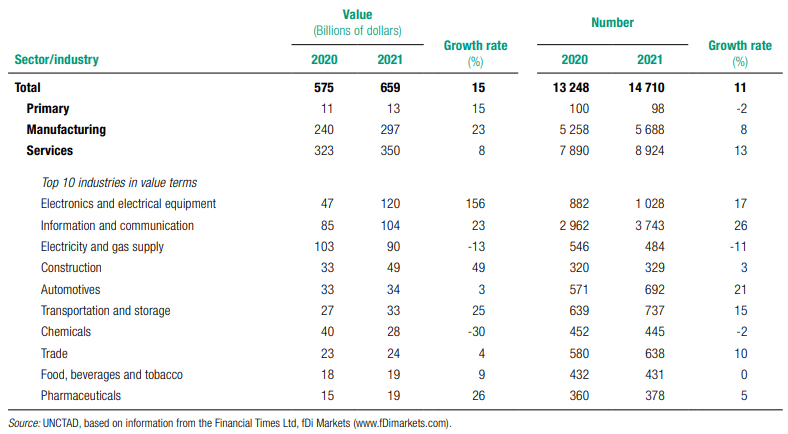 Among the best-performing sectors in 2021 are some typical global value chain-intensive industries, such as electronics and automotive, which were hard hit during the first year of the pandemic.

According to data from the United Nations Conference on Trade and Development (UNCTAD), posted values in the electronics and electrical equipment sector more than doubled to $120 billion.

More than anything else, the boom in demand for microchips prompted producers to initiate several mega-investment projects.

Other major projects in electronic components were also announced; for example, Risen Energy (China) will invest US$10 billion in a new production plant in Malaysia to manufacture high-efficiency photovoltaic modules.

If one focuses only on tax incentives specifically targeted at services, 73 percent apply to the entire sector.

FDI inflows into developed economies drove the recovery, growing by more than 133.6% since 2020.

Meanwhile, greenfield investments in the construction, pharmaceuticals, and information and communications sectors also recorded significant growth of more than 20 percent.