The World Trade Organization (WTO) indicated that the cost of global food imports is expected to reach another record high in 2022.

This would bring this cost to more than $1.8 trillion, an increase of almost 3% ($51 billion) over the previous year’s record level.

However, the increase in food imports will moderate significantly, considering that the increase between 2020 and 2021 was almost 18 percent. 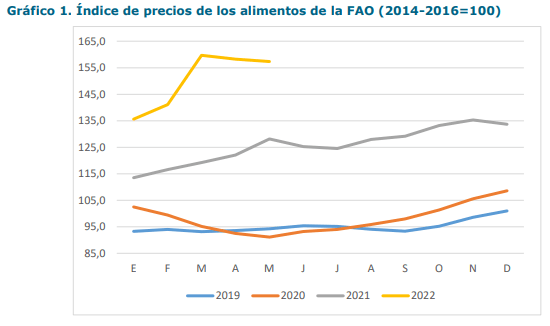 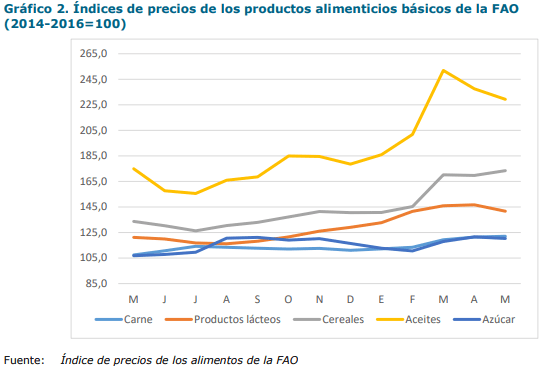 The projected rise in the cost of food imports in 2022 is almost entirely due to price increases: $49 billion is due to higher international prices and only $2 billion to volume increases.

As a result, many regions will face higher costs for lower volumes.

From the WTO’s point of view, it is worrying that these developments will be much more pronounced in economically vulnerable regions.

For example, the WTO expects Sub-Saharan Africa to spend $1.5 billion more on food imports, but volumes could fall by $0.9 billion.

As for NFIDCs (net food-importing developing countries), with an expected $1.3 billion in additional food import costs, volumes are expected to decline by $2.2 billion.

Likewise, food import costs for LDCs (least developed countries) are projected to decline by $2.4 billion due to lower volumes alone.

From a food security angle, this indicates that importers will find it difficult to finance the increased import costs, as there will be pressure on foreign exchange reserves and buoyant food price inflation.

In May 2022, the average food price index was 157.4 points, down 0.9 points (0.6 percent) from April and the second consecutive monthly decline, although it is still 29.2 points (22.8 percent) above its value in the corresponding month last year.

As for the sub-indices, the average of the FAO cereal price index was 173.4 points in May, reaching a new all-time high and standing 39.7 points (29.7%) above the previous year’s value.

Supply contraction and market uncertainty, especially for wheat, maize and barley, as well as higher energy and input prices, are likely to keep world prices at high levels, at least during the first half of the 2022/2023 season.