In general, the world faces greater risks for a hard landing in 2023, which is related to capital outflows and appreciation of the dollar, and will strongly affect emerging economies, especially importers of raw materials.

Patricia Krause, economist for Latin America at Coface, projects that inflation will not subside in the short term in Latin American countries, affected by the exchange rate and the strengthening of the dollar. 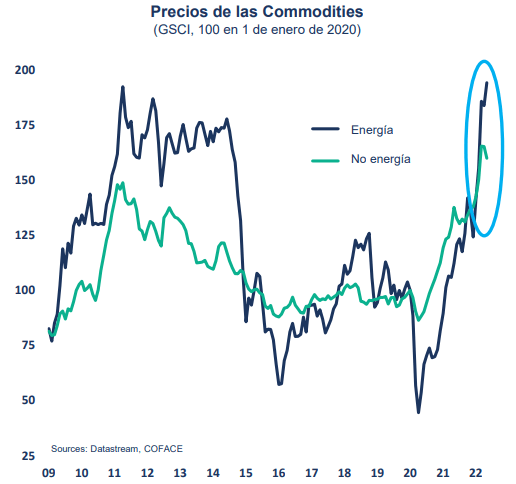 Although for now there is no strong capital outflow, this scenario may change in the coming months, because the increase in interest rates in countries such as the United States is expected to continue.

From a broader perspective, Krause considers that the momentum of the world economy is weak, which is observed with the growth figures in the first quarter of 2022 that were “disappointing”; while in the second quarter 2022, the expectation is “bad” especially for Europe.

It cannot yet be said that inflation has reached its peak, according to her, there is still a lot of uncertainty about how much longer the rise in prices will continue, so the risks of a hard landing in 2023 are growing.

For the second half of 2022, Coface projects weak growth, high inflation and tightening of financial conditions.

In addition to the breakdown of supply chains and high freight rates, which was related, at first, to the confinement due to Covid-19 and now due to the Russia–Ukraine war.

Pablo Siade, Commercial Director for Latin America at Coface, explained that there were atypical years due to the pandemic, where the situation did not reflect the reality in terms of claims, and many companies with cash flow problems canceled credit insurance. 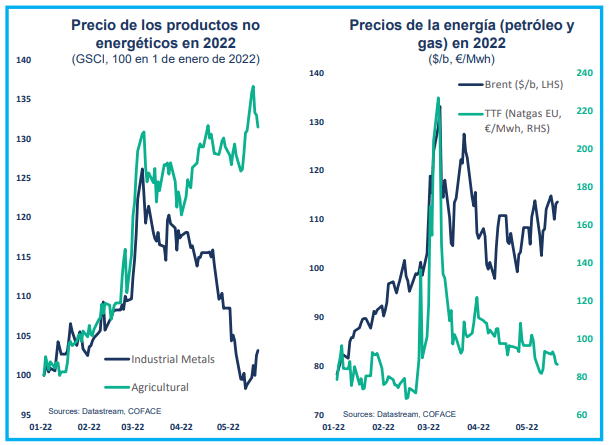 “We are at the right time to be able to take out insurance, so we hope that if this trend continues, there will be greater growth in demand for the product in general,” Siade added.

Coface offers services in 100 countries and solutions to protect against the risk of non-payment in domestic and export B2B transactions, with a turnover of 1,451 million euros.