In March 2020, the company started operations in its new plant and distribution center in Houston, Texas, with an investment of 261.5 million dollars.

As of December 31, 2020, Arca Continental had made the entire investment, and as of February 26, 2021, the new plant was operating five production lines.

As a result of this project, the company restructured its production, storage and distribution capacity in the United States, managing to consolidate the activities of three plants, four warehouses and distribution centers. 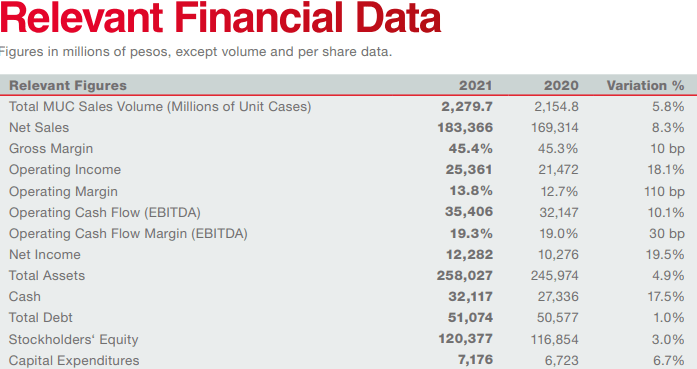 It also operates the Wise and Deep River snack brands, with a production plant and 32 distribution centers in the United States.

Already this facility is showing savings and operational efficiencies in terms of the company’s environmental indicators.

On another edge, in 2021, Arca Continental launched a returnable bottle pilot program in El Paso, Texas, which will allow the company to understand the market and establish a strategy to expand this marketing scheme.

Thanks to different commercial initiatives to strengthen the price-package architecture, complemented by an operating discipline to maintain efficient spending, operating margins in the beverage business in the United States expanded by 50 basis points.

The company continues to enhance the customer experience with more digital capabilities, which remains a crucial pillar for increasing customer loyalty and satisfaction.

In 2021, the Mycoke.com platform increased sales by 62%, registered more than 7,600 new customers and achieved 250,000 more orders than the previous year.

The company also introduced a new 13.2 oz bottle for carbonated beverages, expanding the diversification of options to attract new consumers and improve the price structure of the product portfolio. This bottle is made from 100% recycled PET.