Steel production in the world registered a rise of 7.8% year-on-year from January to September 2021, to 1 trillion 461,200 million tons, reported the World Steel Association.

The 64 countries included in this indicator accounted for approximately 98% of global crude steel production in 2020.

Global overcapacity continues to result in high levels of subsidized and dumped steel imports in the markets we serve. 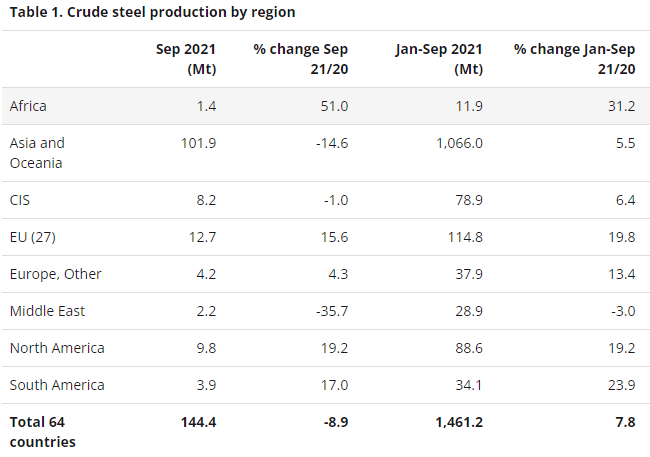 While steel consumption is highly cyclical and generally follows economic and industrial conditions both globally and in regional markets, price fluctuations are affected by the timing, magnitude and duration of these cycles. 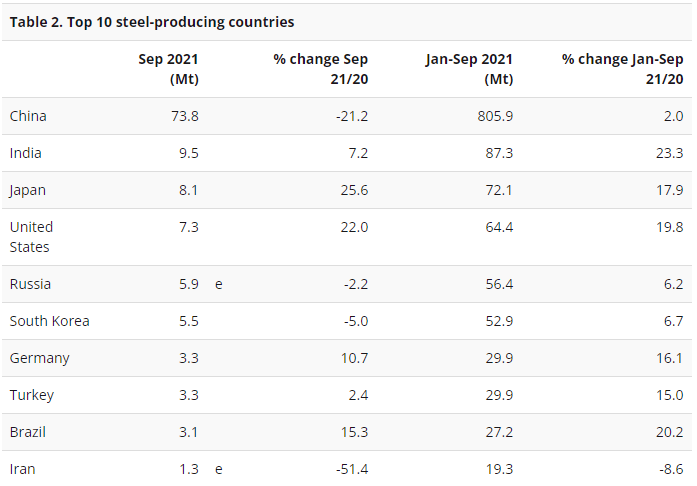 The World Steel Association is one of the largest and most dynamic industrial associations in the world, with members in all major steel-producing countries.