The WTO estimated that world merchandise trade growth will be 3.5% in 2022, according to a report issued Wednesday in Geneva, Switzerland.

Its current forecast of 3.5% growth in the volume of world merchandise trade in 2022 is close to, but slightly higher than, the previous estimate of 3.0% last April.

Mostly, the difference is explained by statistical revisions and the availability of new data. 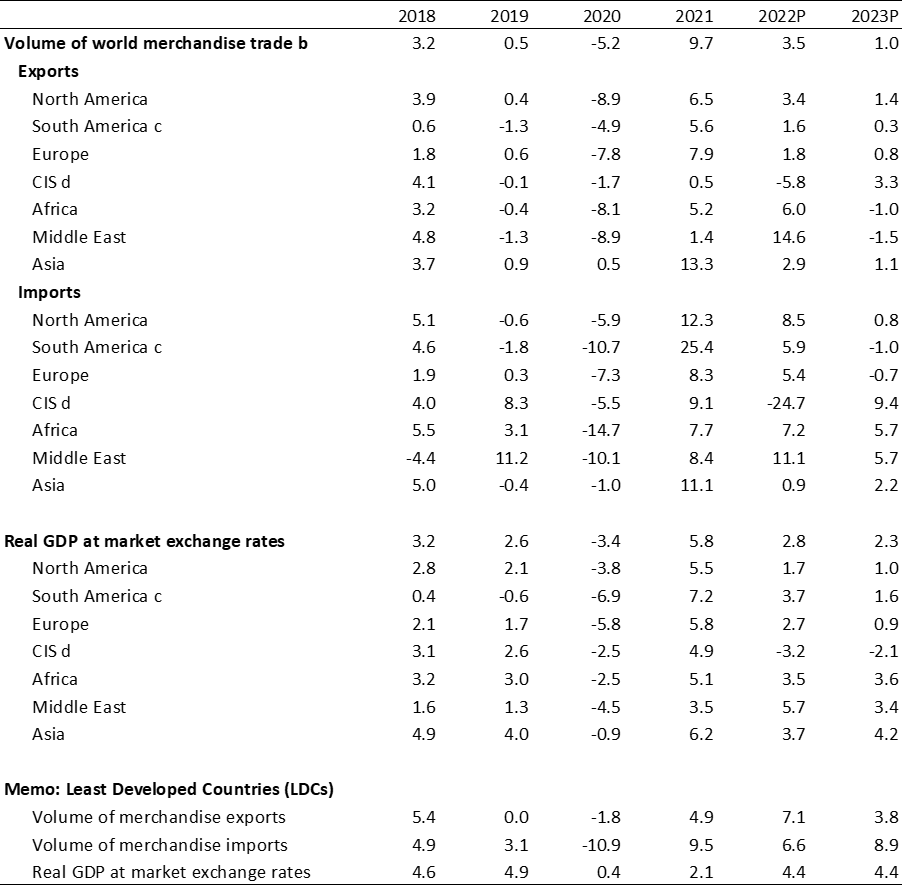 In contrast, exports from the CIS should decline by 5.8 percent for the year.

A notable feature is the resilience of trade growth in the Middle East and Africa in 2022.

According to the WTO, these regions should see small declines in exports next year, but imports will remain strong, growing by 5.7 percent in each case.

The WTO forecasts the CIS region to post a large rate of import growth next year, in excess of 9%, but if this occurs it will be mainly due to a reduction in the base by 2022.

Other regions can expect modest growth in both exports and imports in 2023.

Specifically, monthly container traffic data are leveraged to capture the effects of port congestion and supply disruptions in the United States and China.

To note: this data had a small positive impact on North American and Asian imports in 2022, reflecting the elimination of backlogs at U.S. West Coast ports and increased container handling at Chinese ports following pandemic-related shutdowns earlier in the year.