The November rise in the food price index was not only the largest month-on-month rise since July 2012, but also led to the index reaching its highest level since December 2014.

All the sub-indices registered increases in November, with the vegetable oils sub-index rising the most, followed by sugar, cereals, dairy products and meat.

In general, the FAO Food Price Index is a measure of the monthly change in international prices of a basket of food products. It consists of the average of the price indices of five commodity groups weighted according to the average export shares of each of the groups during the 2014-16 period.

The FAO Vegetable Oil Price Index rose an impressive 14.5% during the month, driven by continued increases in palm oil prices linked to a sharp contraction in world stocks.

The FAO Cereal Price Index increased 2.5% since October and averaged 19.9% ​​above the November 2019 value.

Wheat prices for export increased as a result of the worsening prospects for the crop in Argentina, as did corn prices, due to expectations of a decrease in production in the United States of America and Ukraine as well as large purchases from China.

International rice prices were stable during the month.

The FAO Sugar Price Index increased by 3.3% from last month on rising expectations of a global production shortfall in the next marketing year, as prospects for crops in the Russian Federation, Thailand and the European Union worsened due to unfavorable weather conditions. 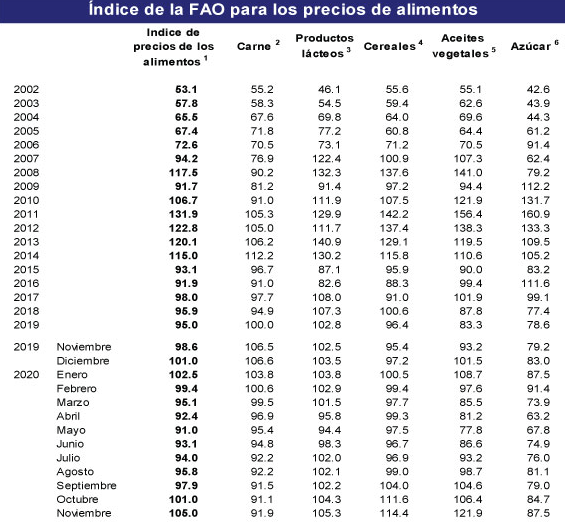 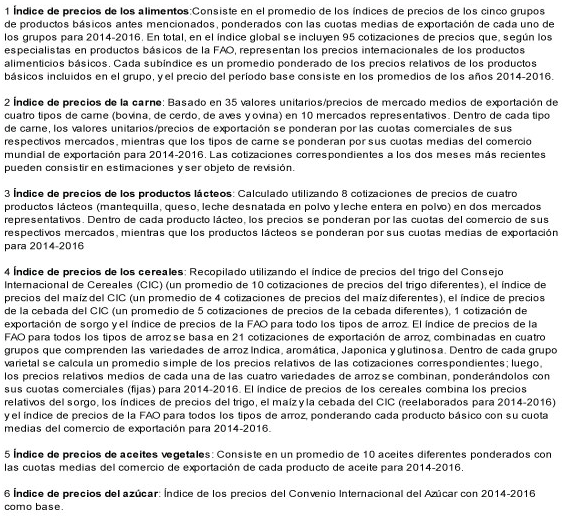 Meanwhile, the FAO Dairy Price Index increased by 0.9%, approaching the highest level in the last 18 months, largely due to the rise in prices of butter and cheese and the increase sudden surge in retail sales in Europe in a period of seasonal decline in milk production in the region.

Finally, as part of the Food Price Index, the FAO Meat Price Index increased 0.9% from October, although it is still 13.7% below its value of a year ago. The prices of beef, sheep and pork increased, while those of poultry meat decreased.