The index of world food prices averaged 127.4 points in August, 3.1% more than in July, the FAO reported this Thursday.

The index reflects the monthly variation in international prices of the most traded food products. 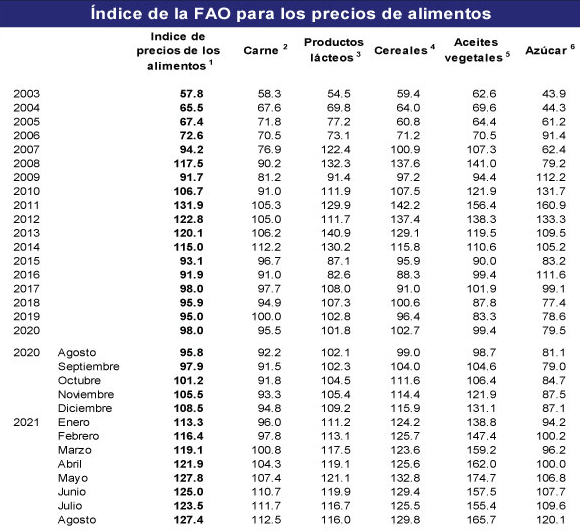 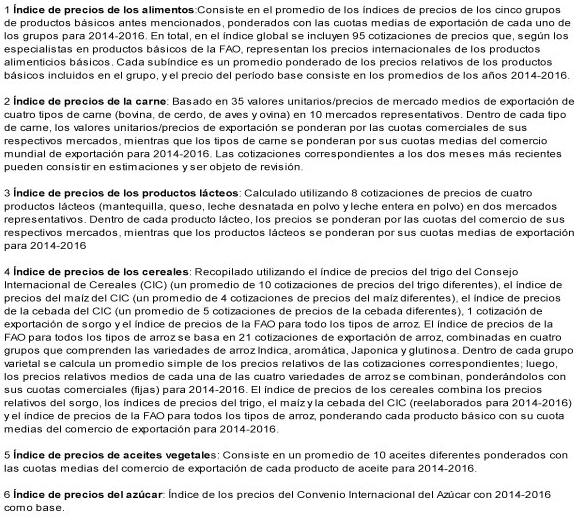 Specifically, the FAO sugar price index rose 9.6% since July, due to concerns about the damage caused by frost to crops in Brazil, the world’s largest sugar exporter.

The good outlook for production in India and the European Union (EU), as well as lower oil prices and the weakening of the Brazilian real, mitigated the increase.

For its part, the FAO Vegetable Oil Price Index increased 6.7% in August, when international palm oil prices returned to their all-time highs due to widespread concern over below-potential production and consequent reduction in stocks in Malaysia.

The prices of rapeseed and sunflower oils also rose.

The FAO Cereal Price Index averaged 3.4% higher in August than in July.

World wheat prices rose sharply by 8.8% on expectations of reduced harvests in several of the major exporting countries.

By contrast, corn prices fell 0.9% due to improved production prospects in Argentina, Ukraine and the EU, which offset lower production forecasts in Brazil and the United States of America.

In contrast, pork prices fell due to continued declines in purchases from China and weak domestic demand in Europe.

Meanwhile, the FAO Dairy Price Index declined slightly since July, due to lower international prices for powdered milk caused by weak global import demand and seasonal increase in exportable availabilities. in Oceania, which more than offset the rise in butter and cheese prices.