Throughout the year, air cargo has been driven by a balance between strong demand for goods and supply chain issues related in part to lack of capacity.

However, capacity slowly recovered during the year due to improvements in international passenger traffic. 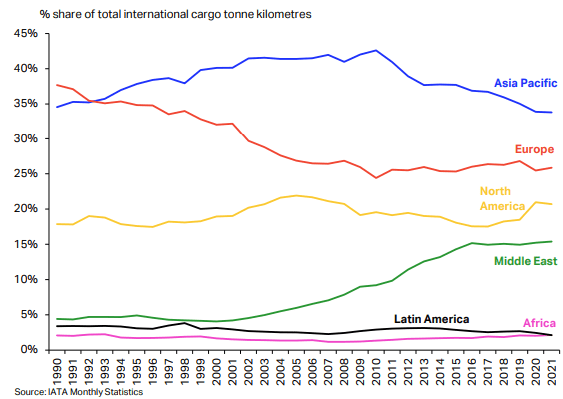 According to IATA, strong demand allowed global trade in goods to increase by around 9.8% year-on-year in 2021.

Air cargo growth was twice as strong as trade rebound, a typical pattern during economic upturns

IATA indicated that there was a marked reduction in the reliability of the container shipping schedule in 2021, and the relative cost of container shipping increased, although air transport remains generally more expensive for companies.

Vaccine deliveries and personal protective equipment shipments, generally transported by air, further contributed to the outperformance of air cargo and the improvement in growth seen in December amid Omicron’s expansion.