The European Union (EU), Japan and the United States would be the winners with the EU’s Carbon Frontier Adjustment Mechanism (CBAM).

On the contrary, Russia, India and Serbia/Bosnia and Herzegovina would be the most affected.

In both cases, the classification would be based on the loss of income considering the scenario with the greatest impact among the economies by the CBAM.

The European Union announced on July 14 the Carbon Border Adjustment Mechanism, which could change trade patterns in favor of countries where production is relatively carbon efficient, but do little to mitigate climate change, according to UNCTAD. 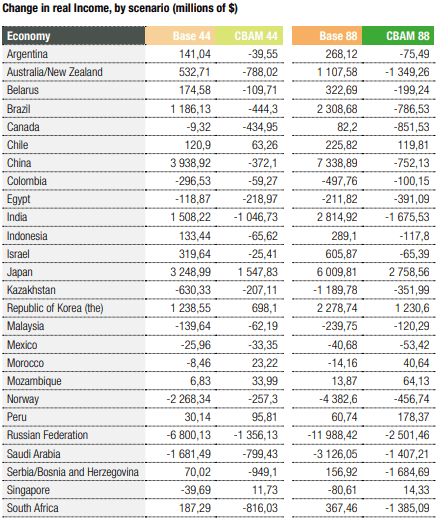 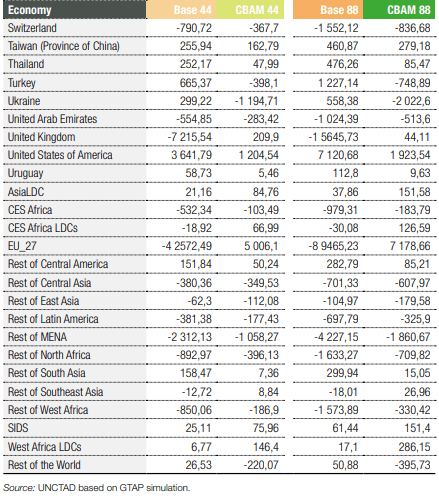 As part of a plan to decarbonize its economy by 2050, the European Union is considering introducing a Carbon Border Adjustment Mechanism, in order to reduce the risk of carbon leakage and level the playing field for working European industries. by the decarbonization of its production.

Using a general equilibrium model, this study analyzes the potential effects of a CBAM on international trade, carbon dioxide (CO2) emissions, income and employment, with a special focus on developing and vulnerable countries.

The study confirms that the introduction of the carbon price together with a CBAM helps to reduce CO2 emissions, inside and outside the European Union.

However, the reduction represents only a small percentage of global CO2 emissions.

Also, the introduction of a CBAM results in a decline in exports in developing countries in favor of developed countries, which tend to have less carbon-intensive production processes.

Potentially, the European Union could consider complementary CBAM policies, including the use of the revenues generated by CBAM, to accelerate the diffusion and adoption of cleaner production technologies among producers in developing countries.

This could be beneficial both in terms of greening the economy and fostering a more inclusive trading system.

To illustrate the potential impact of a CBAM, UNCTAD simulated three main scenarios.

Always in US dollars, the first scenario simulates a uniform carbon price for emissions in energy-intensive and other sectors in the European Union. Assumes a price of $ 44 (Base $ 44) and $ 88 (Base $ 88) per ton of carbon emissions for European Union producers.

To isolate the effect of CBAM, take the new equilibrium after the shock of scenario 1 as the baseline against which subsequent scenarios are compared.

The second scenario introduces a CBAM with a carbon price of $ 44 for each ton of carbon emissions included in imports to the European Union.

The third scenario conducts a sensitivity analysis with a carbon price on CO2 emissions from European Union products and energy imports and energy-intensive sectors of $ 88 per ton of embodied carbon emissions.

Other losers would be Australia, Canada, Brazil, Saudi Arabia and South Africa.