The supreme decision-making body of the World Trade Organization (WTO) is the Ministerial Conference, which normally meets every two years.

In general, the WTO is the only international organization that deals with the rules that govern trade between countries. The pillars on which it rests are the WTO Agreements, which have been negotiated and signed by most of the countries that participate in world trade and ratified by their respective Parliaments.

The objective is to ensure that trade is carried out in the most fluid, predictable and free way possible.

At the level immediately below the Ministerial Conference is the General Council (usually made up of Ambassadors and Heads of Delegation in Geneva, and sometimes also of officials sent from Member capitals), which meets several times a year at headquarters in Geneva.

A significant number of specialized committees and working groups are responsible for the various Agreements and for other areas, such as the environment, development, membership applications and regional trade agreements.

All WTO Members can participate in all councils and committees, with the exception of the Appellate Body, special dispute settlement groups and committees established under plurilateral agreements. 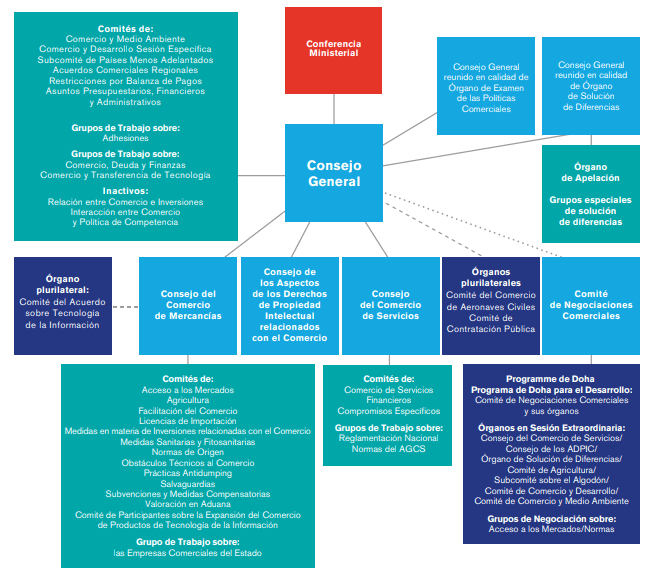 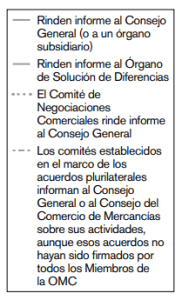 The WTO has various functions: it administers a global system of trade rules, it functions as a forum for the negotiation of trade agreements, it deals with the solution of trade differences between its Members and it attends to the needs of developing countries.