The company operates retail stores, online and through its mobile devices. Every week, more than 265 million customers and members visit approximately 11,500 stores in 27 countries and e-commerce websites.

Its operations are carried out in three reportable segments: Walmart U.S., Walmart International and Sam’s Club.

Walmart and its results

The company’s revenue in the United States increased 10.5%, year-on-year, led by strength in food, consumables, health and wellness and some general merchandise categories.

Meanwhile, its e-commerce sales in the US market grew 74% with solid results for grocery collection and delivery services, walmart.com and marketplace. 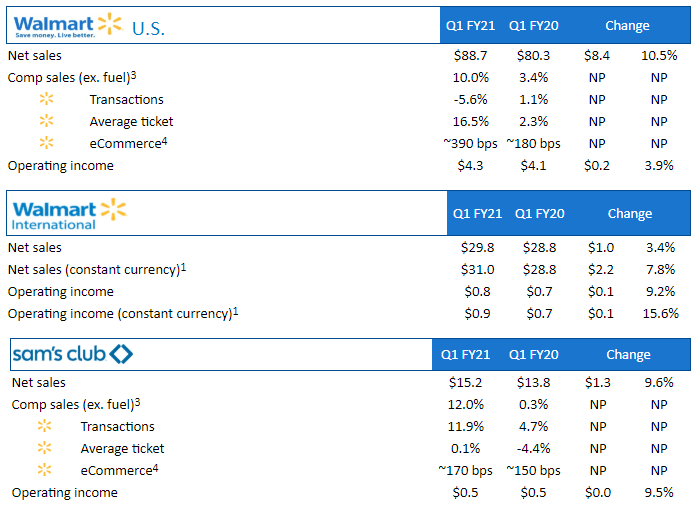 The company reported that due to “continued strength of the Walmart.com brand,” the company will discontinue Jet.com. The acquisition of Jet.com almost four years ago was critical to accelerating its omni strategy.

On the other hand, Sam’s Club revenues increased 9.6%, led by transactions within the club. E-commerce sales grew 40%. The reduction in tobacco sales negatively affected offset sales by approximately 410 basis points.