Walmart Inc. reported that it made three divestitures: Asda, Walmart Argentina, and Seiyu.

In October 2020, the company entered into a definitive agreement and announced the proposed divestment of Asda Group Limited, a wholly-owned subsidiary of the company, for an enterprise value of 6.8 billion pounds, or approximately $ 9.1 billion, based on rates. current exchange rates.

Due to the uncertainty of the macroeconomic environment and a complex regulatory review process, the outcome of which is uncertain, the maintenance of the sale criteria for the disposal group was not met as of October 31, 2020 and, consequently, they have not been reflected in the Condensed Consolidated Financial Statements.

In November 2020, the company completed the sale of Walmart Argentina and classified the disposal group as held for sale as of October 31, 2020 on the Condensed Consolidated Balance Sheet. 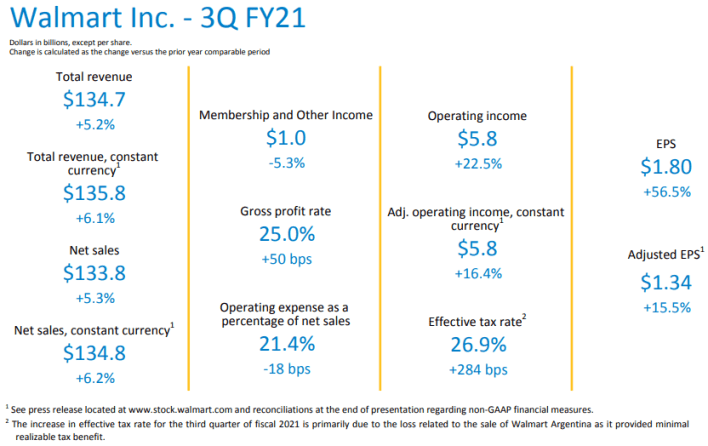 As a result, the company recorded a pre-tax loss of $ 1 billion during the three and nine months ended October 31, 2020 in other gains and losses in its Condensed Consolidated Income Statement, primarily due to the impact of accumulated losses. by conversion into the disposition group value.

In November 2020, the company entered into a definitive agreement to sell a majority stake in Seiyu, the company’s retail business in Japan, for an enterprise value of 172.5 billion yen, or approximately $ 1.7 billion, based on exchange rates. current.

Given that the disposal group met the criteria held for sale after October 31, 2020, the company will recognize a non-cash loss of approximately $ 2 billion, after tax, in the fourth quarter of fiscal 2021. 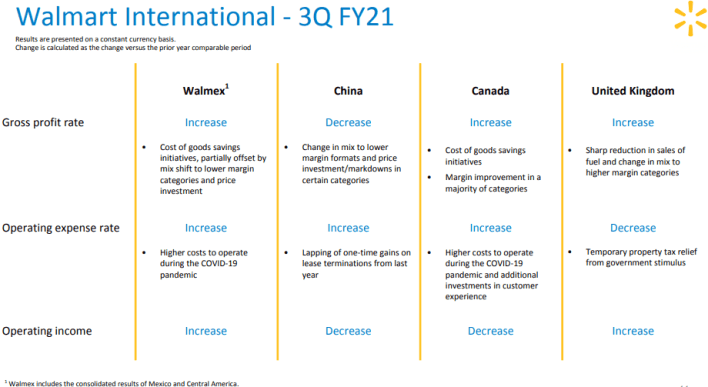 This estimate may fluctuate based on the currency exchange rate, rates and customary purchase price adjustments until the closing date of the transaction, which is expected to occur in the first quarter of fiscal year 2022 and is subject to regulatory approvals.

Walmart Inc. is an American multinational retail corporation that operates a chain of hypermarkets, discount department stores, and grocery stores, based in Bentonville, Arkansas.