Vietnam‘s exports to the United States rose at a year-on-year rate of 48.2% in the accumulated rate of the first four months of 2021, to US $ 29.93 billion, according to information from Vietnam Customs.

Also at year-on-year rates, with these latest results, exports from Vietnam to China grew 28%, those directed to Korea climbed 14.8% and those shipped to Japan advanced 2.6 percent. 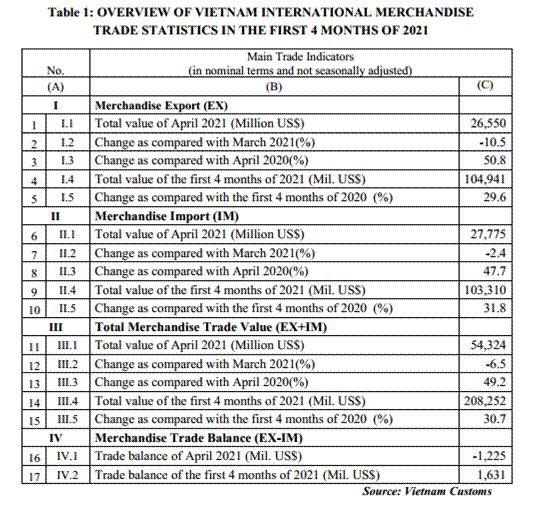 Over the past decade, Vietnam has become a major manufacturing hub in Asia and one of the top 10 trading partners for the United States.

The expansion of Vietnam’s export-oriented manufacturing sector contributed to Vietnam’s rapid economic growth for most of the decade.

According to an analysis by the US Congress, Vietnam’s rise as a US trading partner was spurred in part by changes in regional supply chains, driven by rising production costs in China, as well as tensions. trade between China and the United States.

As a result, there was a deficit of $ 1.22 billion in Vietnam’s trade balance in that month.

Data recently released by Vietnam Customs showed that the total value of exports and imports of traders with Foreign Direct Investment (FDI) reached a total of 37.29 billion dollars in April 2021, this is 7% less in month-on-month terms. 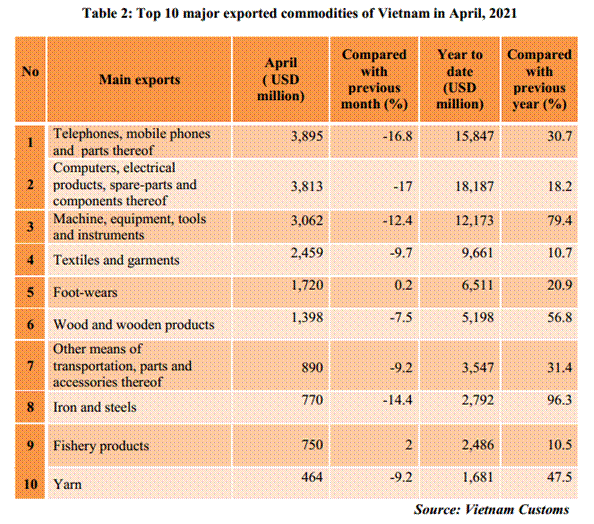 The rapid growth of trade between the United States and Vietnam has led to several trade problems.

Some US companies have made accusations of unfair competition by Vietnamese companies.

Conversely, Vietnamese companies have similarly accused the United States of unjustified and discriminatory trade regulations and restrictions designed to reduce Vietnam’s exports to the United States.