Valero Energy began to make logistical synergy with the Ferromex railway company in the transportation of fuels in Veracruz, Mexico.

A year ago, Valero Energy separately signed a long-term agreement with Ferromex, which is majority owned by Grupo México, to transport refined products throughout Mexico.

Since then, six new terminals, along with Ferromex’s transportation services from the Veracruz and Altamira port facilities, were expected to provide Valero Energy with an integrated system of approximately 5.8 million barrels of storage capacity to supply four of the areas. largest metropolitan companies in Mexico, as well as smaller fuel markets throughout the country.

Thus, Ferromex, from Grupo México Transportes (GMTX), has already started the movement of fuels from the port of Veracruz, with the arrival of the first 330,000 barrels that Valero Energy transported through pipelines from the United States.

Valero Marketing and Supply de México, a wholly owned subsidiary of Valero Energy Corporation, announced in November 2019 the signing of long-term agreements for the use of three new refined products terminals located in Guadalajara, Monterrey and Altamira, Mexico.

These terminals will support Valero’s strategy to expand its product supply chain to high-growth markets, with the anticipation of starting operations in 2021.

Under long-term terminal service agreements, the two terminals are designed to provide Valero with the ability to receive refined products via unit trains and truck loading facilities to serve regional and local markets.

The Altamira terminal, to be financed and built by Operadora de Terminales Marítimas (OTM), is designed to offer Valero access, under a long-term terminal service contract, to a second port facility for the importation of refined products.

The terminal is expected to have approximately 1.1 million barrels of storage capacity, truck loading facilities to meet local market demand and rail services to distribute products to Mexico’s inland markets, including Monterrey. 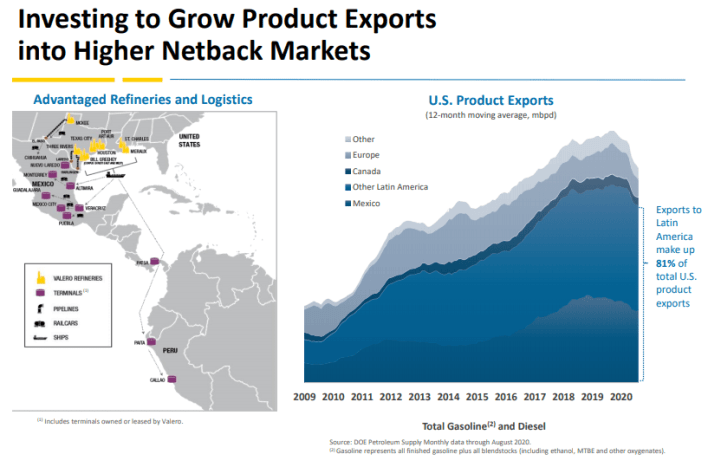 At least until the end of 2029, Valero Energy marketed products through a third-party terminal in Nuevo Laredo and through three rail-to-truck transshipment facilities located in Guadalajara, Monterrey and Chihuahua, with plans to begin transshipping products in Puebla to from 2020.

Previously, in August 2017, Valero signed long-term agreements for three refined products terminals located in the Port of Veracruz, Puebla and Mexico City, with the projection of serving customers in 2020.

Valero Energy and the Port of Veracruz

For the transfer of fuel to different destinations in the interior of the country, an initial fleet of five trains will be put into operation starting this week, when the transfer of products from the Gulf of Mexico port begins.

Transporting fuel by rail, in addition to being efficient, is sustainable, since a tank car moves 650 barrels, the equivalent of three tank trucks, and unit trains are made up of at least 90 cars over long distances.

The train is a logistical solution in certain circumstances. It has greater flexibility in routes and destinations.

Valero Energy Corporation is an international manufacturer and marketer of transportation fuels and petrochemical products. 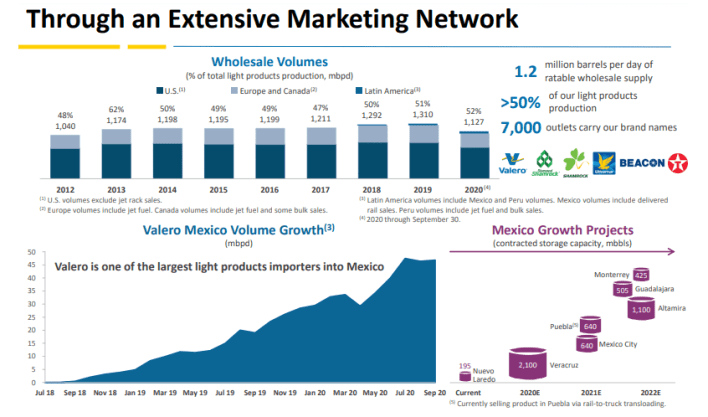 Valero is also a joint venture partner in Diamond Green Diesel, which operates a renewable diesel plant in Norco, Louisiana.

Valero Energy sells its products in the bulk or shelf wholesale markets in the United States, Canada, the United Kingdom, Ireland and Latin America.