Manufacturing production in the United States increased 1.4% in July, compared to the immediately previous month, the Federal Reserve reported on Tuesday.

Overall, the reopening is progressing rapidly in the United States despite the incipient increase in new Covid-19 cases in July.

As a whole, industrial production increased 0.9% in July after rising 0.2% in June.

About half of the gain in factory output can be attributed to an 11.2% increase for motor vehicles and parts, as several vehicle manufacturers cut or canceled their typical July shutdowns.

Despite the large increase last month, vehicle assemblies continued to be constrained by a persistent shortage of semiconductors; July motor vehicle and parts production was roughly 3-1/2% below its recent peak in January 2021. 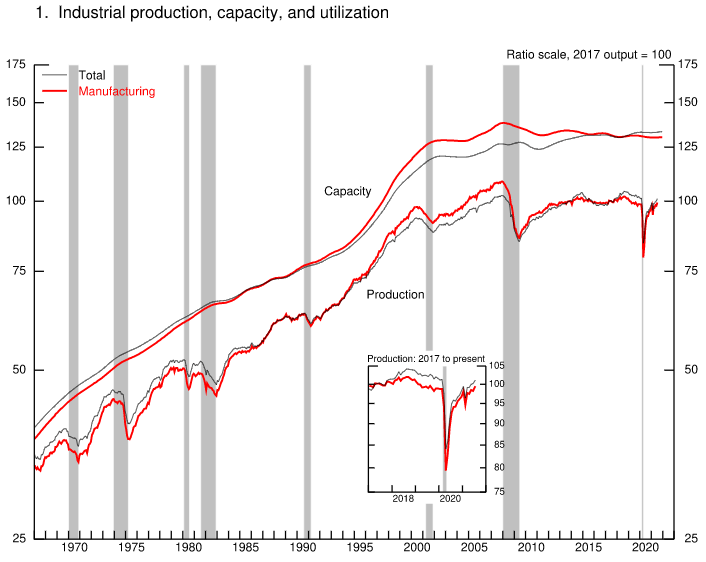 Production of utilities decreased 2.1% in July, while the index for mining increased 1.2 percent.

In the durable manufacturing sector, productivity increased 4.6%, as a 1.4% decrease in production was exceeded by a 5.7% decrease in hours worked.

Manufacturing productivity increased 6.8% compared to the same quarter of the previous year.

In July, the production of durable goods advanced 2.4% in July.

In addition to the increase in motor vehicles and spare parts, machinery posted gains of 1.5% or more.

The production of non-durable goods increased 0.3 percent; the largest increases were recorded in textile and product factories and in plastic and rubber products.