Industrial production in the United States grew 0.8% in May, month-on-month and seasonally adjusted, the Federal Reserve reported.

Within it, manufacturing production advanced 0.9 percent, reflecting, in part, a large gain in motor vehicle assemblies.

At the same time, the factory’s output, excluding motor vehicles and parts, was up 0.5 percent.

For their part, the mining and utilities indices rose 1.2 and 0.2%, respectively. 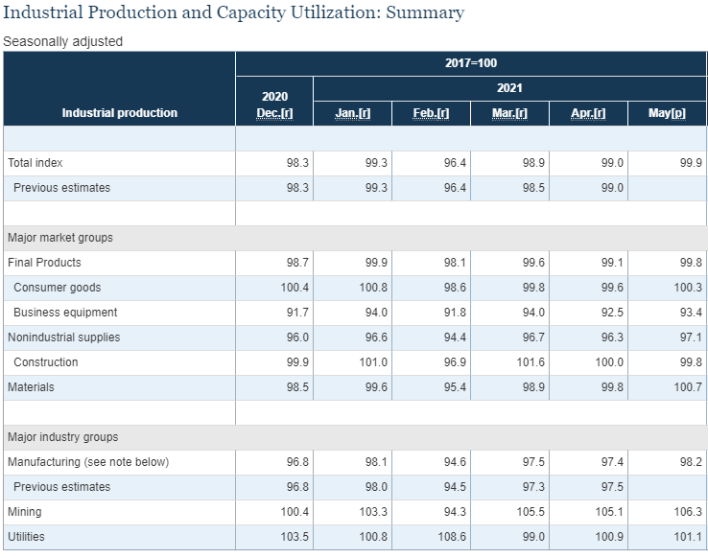 Most market groups posted gains in May.

Consumer goods, business equipment, business supplies and materials indices were up about 1 percent.

Within consumer goods, the durable goods index advanced almost 3%, mainly as a result of a 5.7% jump in the production of automotive goods.

Meanwhile, the increase in the commercial team mainly reflected the strength in the transit team and the information processing team.

The gain in materials was quite widespread, with non-durables making slightly more progress than durables or energy.

Manufacturing production advanced 0.9% in May.

On the one hand, the durable manufacturing index increased 1.0%, with most of the increase due to a 6.7% gain for motor vehicles and parts.

Total vehicle sets increased from about 1 million units to 9.9 million units (annual rate); even so, they remained more than 1 million units below their average level in the second half of 2020, as production continued to be hampered by semiconductor shortages.