The analysis shows the trends in merchandise trade between the Parties and with the world between 2011 and 2020.

South Korea’s trade, both globally and bilaterally, has been declining since 2019, with the exception of bilateral imports in 2020 despite the Covid-19 pandemic.

Meanwhile, Central America’s figures reveal a downward trend from 2018 or 2019; however, exports to Korea have increased since 2016. 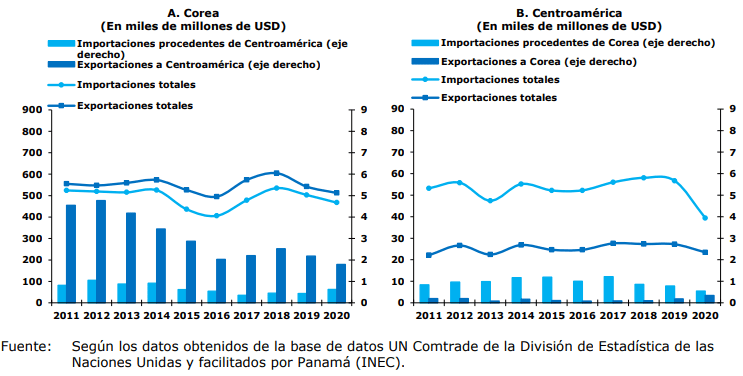 The WTO breaks down, based on Harmonized System (HS) Sections, the product-by-product structure of trade between South Korea and Central American countries, as well as of world trade of both Parties, for the period 2016-2018.

Machinery and vegetables, which are of great export interest to Central American countries on a global scale, complete Korea’s top three import products from these countries. 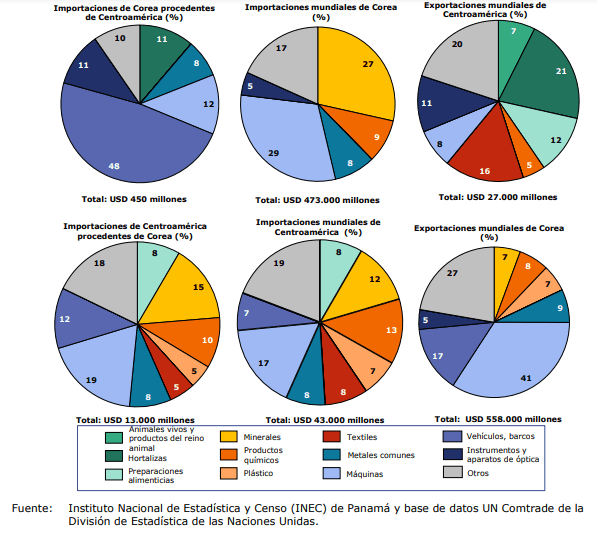 During that period, Korea was a net importer in the global services market.