The Canadian company Torex Gold Resources Inc planted the equivalent of 72,600 trees in Mexico during 2019 as part of its mining liability measures.

In the most recent of its actions in this area, the company planted 200 trees during the start of the Program for the Improvement of Public Spaces in the community of Nuevo Balsas, municipality of Cocula, Guerrero.

“The program seeks to strengthen values ​​such as participatory culture, solidarity and integration with communities, as well as promoting the care of public spaces,” said Faysal Rodríguez, Mexico vice president of Torex Gold Resources, owner of MML.

Additionally, as part of that program in Nuevo Balsas and with the participation of more than 300 people, 2,000 linear meters of paint were applied to streets and sidewalks, 50 cubic meters of pots and trash were removed, 80 lamps were repaired for public lighting and Garbage was collected in more than 40,000 square meters.

The company is an intermediate gold producer dedicated to mining, developing and exploring our 29,000-hectare Morelos gold property in the highly prospective Cinturón de Oro de Guerrero area, located 180 kilometers southwest of the city of Mexico.

Torex Gold has its corporate office in Toronto, Ontario, and is currently the second largest gold producer in Mexico.

In 2019, its workforce was comprised of 889 direct employees and 1,175 contractors. 99% of its workforce at the site of its mining operations is from Mexico, specifically 70% from Guerrero.

The company’s main assets are the El Limón Guajes (ELG) mining complex, which includes the El Limón, Guajes and El Limón Sur open pits, the El Limón Guajes underground mine, including the areas known as Sub-Sill and ELD, and the processing plant and related infrastructure, which began commercial production as of April 1, 2016, and the Media Luna deposit, which is an early-stage development project, and for which the company issued an updated preliminary economic evaluation in September 2018. The property remains 75% unexplored.

In 2019, Torex Gold reforested 116.6 hectares, including off-property areas in the communities of La Fundición, Real del Limón and Atzcala. This is equivalent to 72,600 native trees planted from 18 local species.

Employees and contractors of Minera Media Luna participated in the Nuevo Balsas program, as well as different committees and community leaders, personnel from the Municipality of Cocula and the general public, who organized into brigades to carry out cleaning, reforestation, gardening, painting of trimmings and sidewalks, and repair of public lighting.

During his message, the also General Manager of Minera Media Luna, said that the prevention measures of Covid-19 have been maintained in a disciplined and strict manner and the mandatory use of masks in all work areas was added.

He also explained that the Program for the Improvement of Public Spaces seeks to ensure that communities remain clean and orderly, that their common areas are functional so that family coexistence pays for the rescue of common spaces.

Likewise, the program, called “Let’s Plug Our Community Together”, will be carried out on a monthly basis, in the communities of Atzcala, Real del Limón, La Fundición and Valerio Trujano, in addition to Nuevo Balsas.

The municipal president of Cocula, Carlos Alberto Duarte Bahena, applauded the initiative and assured that “the program will be expanded in other communities with the support of government agencies.”

In his opportunity, the Community Relations manager, Fátima Castrejón, thanked the people of Nuevo Balsas who came to the call for this activity and praised everyone’s effort to improve the communities.

Reforestation actions of the Torex Gold in 2019 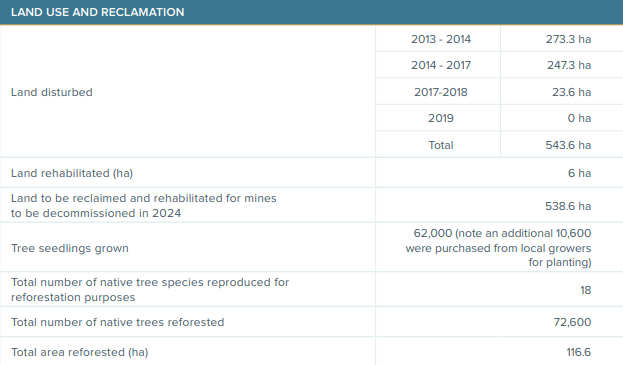 Finally, the Public Affairs manager, José Luis Peralta, presented the Guerrero muralist Gerzaín Vargas, who made a mural in the Health House of the Nuevo Balsas town called “El tecuán del Balsas”, which reflects the biodiversity of the region, work in which basic education girls and boys also participated.

Mexico will host the Third Meeting of the TIPAT Commission