Among the world’s top iron and steel exporters in 2021, the European Union, China and Japan were in the top positions, in descending order. 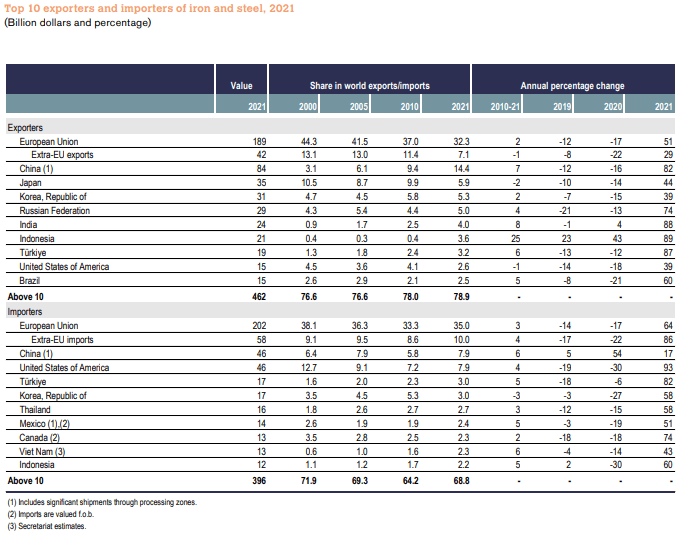 Non-integrated steel mills produce steel by melting scrap in electric arc furnaces, which is sometimes supplemented with other metals such as direct reduced iron or hot compressed iron.

Data from World Steel indicate that in 2020 (the most recent year for which information is available), 27.7% of total crude steel production in the world was through the mini-factory process and the remaining 72.3% through the integrated process.

Other prominent exporting countries in 2021 are: South Korea, Russia, India, Indonesia, Turkey, the United States and Brazil, according to statistics from the World Trade Organization (WTO).

The main factor responsible for the increase in demand for steel products has been China.

Since 1993, China has become the world’s largest steel market and now consumes as much as the United States and Europe combined.

China is rebalancing its economy to become more consumer-oriented.

GDP growth was in line with the government’s expectations and, despite the injection of credit into the construction and infrastructure sectors, the country showed in 2021 a reduction in steel consumption for the third consecutive year.

In 2020, China’s share of global steel production was 56% of the world’s total crude steel.