The United States and Germany are responsible for a third of the international trade in medical devices.

When taking the average of exports or imports of the last five available years (2014-2018), it is observed that the joint market share of both countries was 33.2% in exports and 26.7% in imports).

China represented 7.6% of exports and 6.8% of imports in the average for the period and is the only developing country that is present in both classifications, according to ECLAC data.

In general, the countries that are included in the top 10 exporters tend to coincide with the importers. 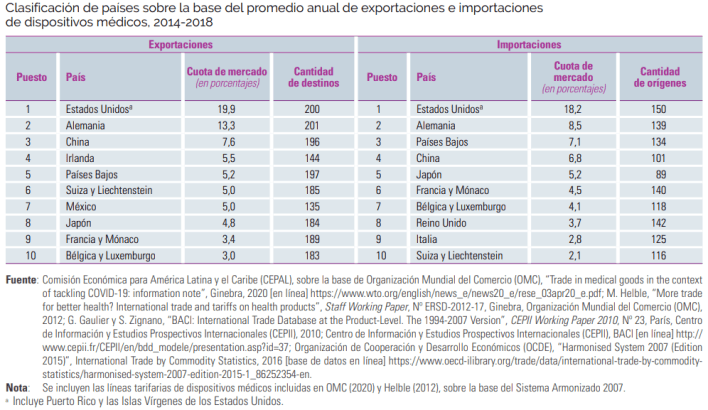 In addition, almost all major exporters of medical devices tend to be net exporters or have a very small deficit, and have a high diversification of destinations and origins, although the average of origins is lower.