China Baowu Group (115.29 million tons) and ArcelorMittal (78.46 million) led the ranking of the world’s largest steel producing companies in 2020, according to the World Steel Association (Worldsteel).

In 2020, global steel production declined about 0.9% year-on-year, the first decline since 2015, as a result of the disruption in demand caused by the global Covid-19 pandemic.

Despite the initial shock, according to the Arcelor Mittal company, the strong recovery in demand in China throughout 2020, driven by spending on infrastructure, led to a 5.9% increase in steel production in 2020. 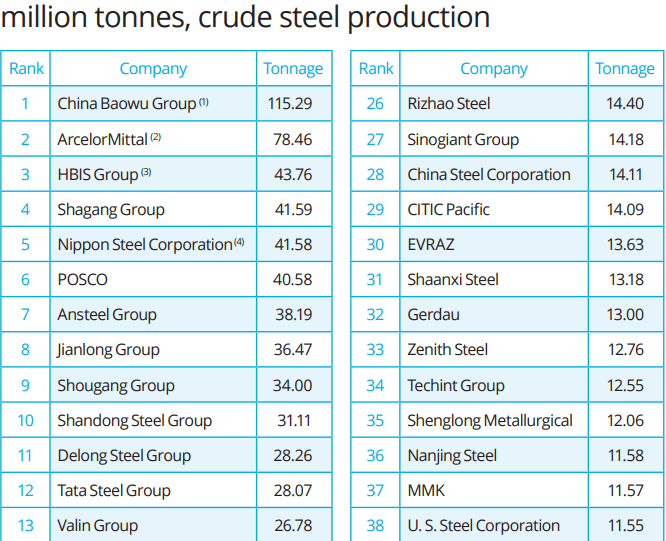 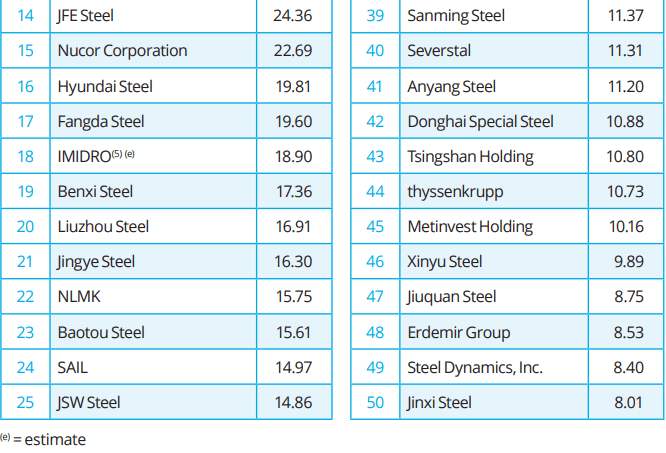 The Covid-19 pandemic and subsequent lockdown policy to control infections caused steel production in almost all major markets to fall in 2020, except in countries such as Turkey and Vietnam, where the strong recovery in demand to 2020 has supported steel production.

Above all, steel production declined during the second quarter of the year (-26% year-on-year), due to generalized closures since mid-March and in May.

Then the easing of restrictions caused a recovery in real demand and, subsequently, a rebound in steel production in the second half of 2020 (-5% year-on-year).