During that period, China produced 649.3 million tons of steel and that quantity represented an 8% growth compared to the same period in 2020.

In total, global crude steel production for the 64 countries reporting to Worldsteel was 1,165.3 million tonnes, an increase of 12.4% year-on-year.

The 64 countries included accounted for approximately 98% of total global crude steel production in 2020.

Worldsteel is one of the largest and most dynamic industrial associations in the world, with members in all major steel-producing countries. 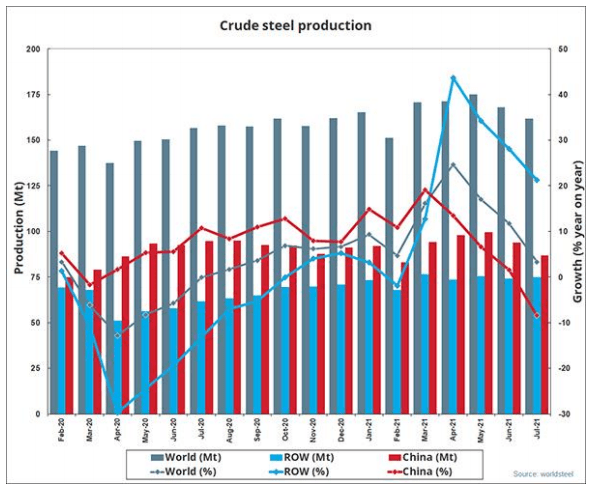 A long-standing concern for domestic U.S. producers is global overcapacity, which the Organization for Economic Cooperation and Development (OECD) estimated at around 700 million metric tons of steel in 2020.

According to an analysis by the US Congress, global efforts to address this problem over many years have been largely unsuccessful.

Although China accounted for more than 55% of global steel production in 2020, about 2% of US imports of steel products come directly from China due in part to anti-dumping and countervailing duties in the United States.