The peso closed the session with a moderate appreciation of 0.08% or 1.8 cents, trading around 22.09 pesos per dollar, recovering the losses observed during the morning, when the exchange rate reached a maximum of 22.3289 pesos.

The recovery of the peso and most of the currencies occurred alongside a strengthening of the capital markets in the American session, particularly of companies in the technology sector.

In the session, the Dow Jones showed an advance of 0.17%, while the S&P 500 advanced 0.32% and the Nasdaq 1.06%. It should be noted that the US capital market had already absorbed most of the losses related to the publication of the Fed minutes in the Wednesday session, which allowed the upward correction today.

It is important to add that the performance of the financial markets was not uniform, so it is not possible to speak of a generalized appetite for risk.

In the foreign exchange market, most of the currencies of emerging economies registered losses, with gains being observed for the currencies of advanced economies or safe haven currencies, such as the British pound that appreciated 0.92%, the Swiss franc with 0.78% and the Japanese yen with 0.32 percent.

In the raw materials market, the performance was negative except in the case of precious metals, with gold registering a gain of 1.14% to close at 1,951.38 dollars per ounce and silver advancing 2.62% to 27.39 dollars per ounce.

This was the result of a moderate weakening of the dollar against advanced economy currencies and also of greater speculative demand. 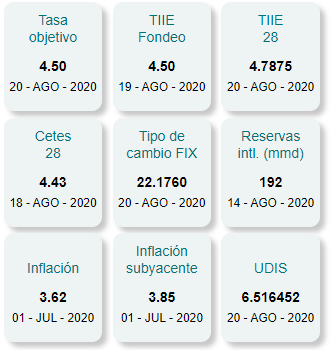 Oil prices closed lower, with WTI losing 0.82% at $ 42.58 per barrel and Brent losing 1.10% at $ 44.87 per barrel. Finally, industrial metal prices fell, a sign that the market continues to see downside risks to the global economic recovery.