The peso closed the session with a depreciation of 0.50% or 10 cents, trading around 20.23 pesos per dollar, before a return in the perception of risk to global financial markets, despite the fact that the markets continue to wait for the Congress of the United States advances in the approval of a new package of fiscal stimuli.

The depreciation of the peso is due to two factors:

The US dollar erased its losses after New York Governor Andrew Cuomo said a second total lockdown is likely to be implemented if new coronavirus cases and hospitalizations advance at the current rate.

Capital markets erased their gains, as the Dow Jones lost 0.62% and the S&P 500 fell 0.44 percent. Although the distribution of the Covid19 vaccine in the United States has already begun, the pandemic is expected to continue to advance over the next few weeks.

Oil prices registered a mid-session decline, with the WTI hitting a low of $ 45.69 per barrel, which triggered an upward movement in the exchange rate during the morning.

This came after OPEC cut its oil demand forecasts for 2021 to 5.9 million barrels a day, or 350 thousand barrels a day less from its previous estimate.

Although the price of oil erased its losses, the most depreciated currencies were from oil-producing economies.

The Russian ruble was the most depreciated currency, losing 1.26%, followed by the Brazilian real with 1.11% and the Mexican peso in third place.

The peso and central banks

An additional factor that could generate upward pressure on the exchange rate is the news about the reform of the Bank of Mexico Law. Today it was announced that the Chamber of Deputies will debate tomorrow Tuesday on the law that would force the Central Bank to be the buyer of dollars of last resort. If this initiative is approved, the exchange rate is likely to face upward pressure in the short term.

Market participants appeared to be more cautious in anticipation of a volatile week as some central institutions will announce monetary policy, such as the Federal Reserve, the Bank of Japan, the Bank of England and the Bank of Mexico.

Also Friday will be a ‘Witching Day’, in which futures and options on indices and stocks expire simultaneously, generating significantly high trading levels and high volatility. 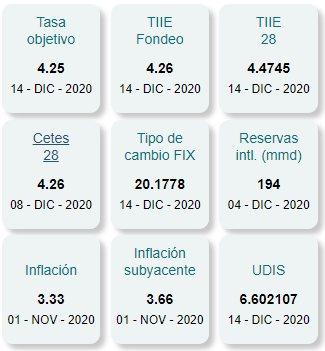