This could indicate a change in trend in the coming days if the exchange rate continues to fall, falling below the key support of 22.30 pesos per dollar.

The downward movement of the exchange rate began during the overnight and was accentuated after the publication in the United States of the non-agricultural payroll in June, which showed the creation of 4.8 million jobs, exceeding the expectation of 3.2 million.

Although the US labor market is still far from a full recovery, today’s data generated optimism and allowed gains for most currencies against the dollar, as well as in the capital and commodity markets.

The positive reaction of the market is also due to the fact that today is a weekend in the United States, since this Friday marks Independence Day in that country.

However, optimism may be temporary, as there are still several risks, such as: 1) the increasing number of infections in the United States and 2) the probable imposition of confinement measures, 3) the termination on July 31 of unemployment insurance of the Cares Act, 4) a high number of unemployed (14 million), 5) an underemployment rate in the United States 2.5 times the pre-covid level19 and 6) great caution among consumers, due to uncertainty.

This reduces the probability that the economy will show a recovery in the form of V.

The optimism of the financial markets was diluted during the session, as the number of coronavirus cases in the United States continues to increase. The state of Florida reported the largest daily increase in cases on record, while the city of Houston showed a 4.3% increase in patients in intensive care. 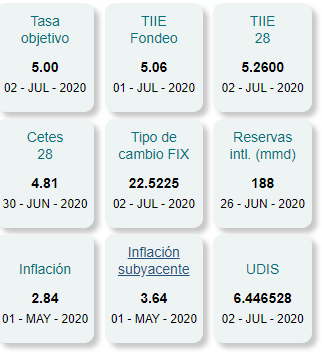 According to the director of the National Institute for Allergy and Infectious Diseases, Anthony Fauci, there are signs of coronavirus mutations that facilitate the spread.

For its part, there are still risks associated with the economic relationship between the United States and China. White House economic adviser Larry Kudlow said they are “upset with China” and will likely impose restrictions on trade in military equipment and other sensitive technology.