The peso closed the session with an appreciation of 0.17% or 3.8 cents, trading around 22.51 pesos per dollar, in a day characterized by a greater appetite for risk in global financial markets, which allowed the appreciation of most currencies against the dollar and earnings on most global capital market indices.

Risk appetite stems from advances in initial testing of a coronavirus vaccine developed by the pharmaceutical company AstraZeneca and the University of Oxford.

The optimism is also due to the fact that progress has been made in Europe in the negotiations for a new fiscal stimulus that will help the countries most affected by the pandemic and that could be announced in the next few hours.

Finally, there is also the expectation that a new fiscal stimulus package will be agreed in the United States before the end of the month.

In the foreign exchange market, the only two currencies that lost ground were the Japanese yen, with a drop against the dollar of 0.29% and the Swiss franc, which depreciated 0.07 percent.

In contrast, the most appreciated currencies were those of countries that produce raw materials or Europe, such as the Brazilian real, which appreciated 0.94%, the British pound, which rose 0.72%, and the Norwegian krone, with an appreciation of 0.71 percent.

Unlike most currencies, the appreciation of the peso was moderate and during the morning it lost ground, reaching the maximum exchange rate of 22.7163 pesos per dollar.

This is probably due to a higher perception of risk with respect to Mexico, being also evident in the capital market, where the IPC closed with a loss of 0.01%, compared to the gains of the S&P 500 and NASDAQ indices in the United States. , of 0.84% ​​and 2.51%, respectively. 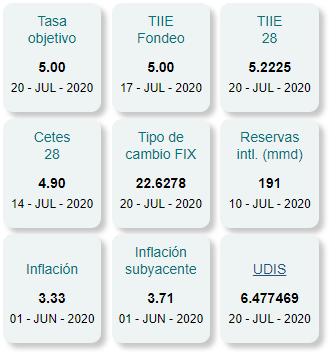