China, the United States and South Korea were the largest exporters to Japan in May 2021, according to the Ministry of Finance.

Comprehensively, Japan imported goods worth 6 trillion 448,000 million yen last May, so these purchases rose 27.9% at an annual rate.

Therefore, the Japanese economy reported a deficit of 187.147 billion yen.

According to the Bank of Japan, Japan’s exports have continued to increase, reflecting a recovery in overseas economies. 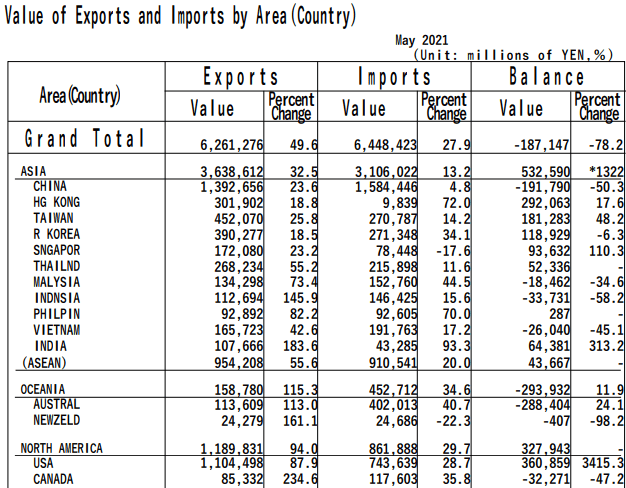 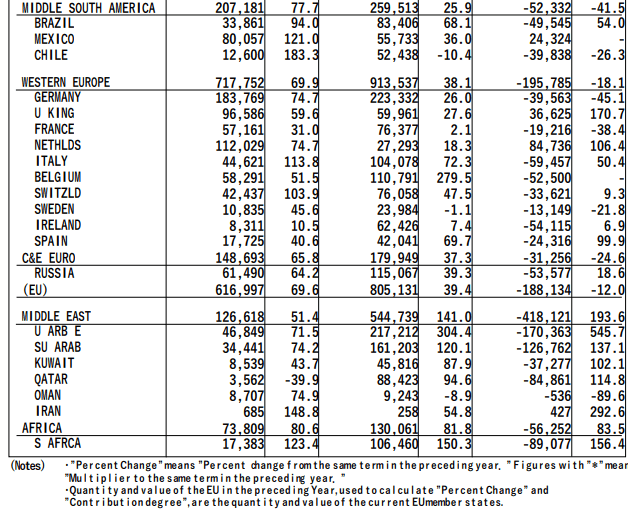 By region, the pace of growth in exports to advanced economies has slowed, mainly affected by a rebound in stifled demand and a shortage of semiconductors, both related to automobiles.

The Bank of Japan expects imports to follow a moderate upward trend due to increases in domestic demand and exports.

Among the largest exporters to Japan, China shipped 1.6 trillion yen in May 2021, thus achieving a 4.8% annual increase.

Also, the Bank of Japan projects that the global volume of world trade will remain on a steady upward trend, as capital goods and digital technology-related goods are expected to continue to rise steadily.

Japanese exports of capital goods have increased, partly supported by a global increase in investment in machinery and by strong exports of semiconductor production equipment reflecting expanding demand related to digital technology.