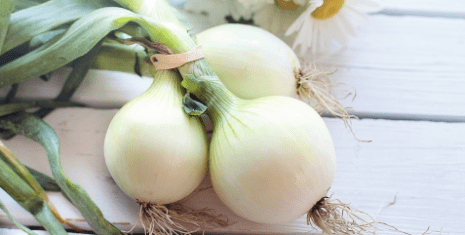 The world’s largest exporters of onions in 2020 were the Netherlands, China and Mexico, according to data from the World Trade Organization (WTO).

The National Onion Association (NOA) of the United States notes that this vegetable has long been a staple food for food service operators.

From soups to sandwiches to appetizers and salads, onions add color, texture, and flavor to menus.

Onion is a ubiquitous ingredient in kitchens around the world – no matter what is cooked, the NOA highlights, the recipe will likely start with chopping an onion.

After the Netherlands (828 million dollars), China (495 million) and Mexico (408 million) were placed among the largest exporters of onions on the planet.

The earliest documents describe the importance of onions, not only as food, but also for use in art, medicine, and mummification.

Also, according to the NOA, onions may be one of the first crops grown because they were less perishable than other foods of the time, they were transportable, they were easy to grow, and they could be grown in a variety of soils and climates.

To make matters worse, onions were useful in sustaining human life: they prevented thirst and could be dried and preserved for later consumption.

Many botanists, food historians, and archaeologists believe that onions originated in central Asia. Other research suggests that onions were first grown in Iran and West Pakistan.

The Secretariat of Agriculture of Mexico indicates that this vegetable is used mainly for human consumption and its use as fresh, dry, frozen, canned and pickled food is widely spread throughout the world.

Provided they are dry and properly packaged, your bulbs can be stored and transported long distances without danger of deterioration.

Other relevant exporters of onions in the world during the past year were: India (347 million dollars) and the United States (250 million).