Under the National Development Plan, the mexican government intends to provide resources to the CFE to modernize its infrastructure and alleviate certain tax burdens.

Regarding infrastructure investment projects, in 2020 the Norte III project entered into commercial operation, the construction of Topolobampo III was completed (both under the PIE scheme) and Package 1 of the Tula CT Rehabilitation and Modernization project was completed. .

Together, the generation capacity of these projects is 2,222.5 Megawatts (MW) and they represent an investment of 1,261.6 million dollars.

This work is a high-efficiency generation plant, with a net capacity of 907 MW, located in the municipality of Juárez, Chihuahua, and consists of a combined cycle with 4 gas turbogenerators, 4 heat recovery steam generators associated with each gas turbogenerator, 2 steam turbogenerators, 2 wind condensers and a conventional substation in air.

Likewise, it is estimated that the demand for energy in the north of the country will grow by 2028, by an annual average of 3.6 percent.

Therefore, this plant will cover part of the energy demand in the region.

The project was built under the modality of External Energy Producer (PEE) with an investment of 562 million dollars and the date of operation was March 20, 2020.

The generation plant, with a net capacity of 766 MW, is located in the municipality of Ahome, Sonora, and consists of a combined cycle module, configuration of 2 gas turbines, 2 heat recovery steam generators (GVRC), 1 Steam Turbine and 1 Air Condenser.

To date, it is estimated that the maximum demand in the Northwest will grow 5.0% annually on average during 2012-2027.

With the use of natural gas, it helps to displace the use of fossil fuels from the plants in the region, with a plant of greater efficiency and lower costs. 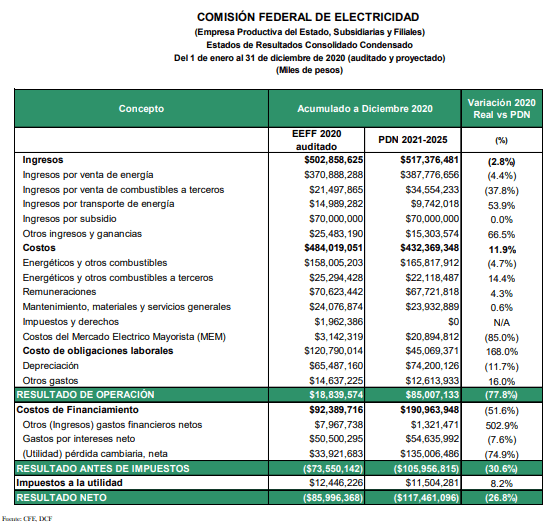 The project was built under the modality of External Energy Producer (PEE) with an investment of 375 million dollars.

The plant has been constructively completed since September 2020.

In addition, 34 transmission and transformation projects were built, representing an investment of around 136.8 million dollars, for the installation of 26 transmission lines, with a joint length of 101.7 circuit kilometers (km-c), and 29 substations Electric, with 1,543 MVAs of transformation capacity.