Brazil ranks first among the world’s largest sugar exporters, according to data from the World Trade Organization (WTO).

The climate and topography of Brazil’s central-southern region are ideal for sugarcane cultivation and account for approximately 85% of Brazil’s sugarcane production.

Sugarcane is the most efficient agricultural raw material for sugar and ethanol production. 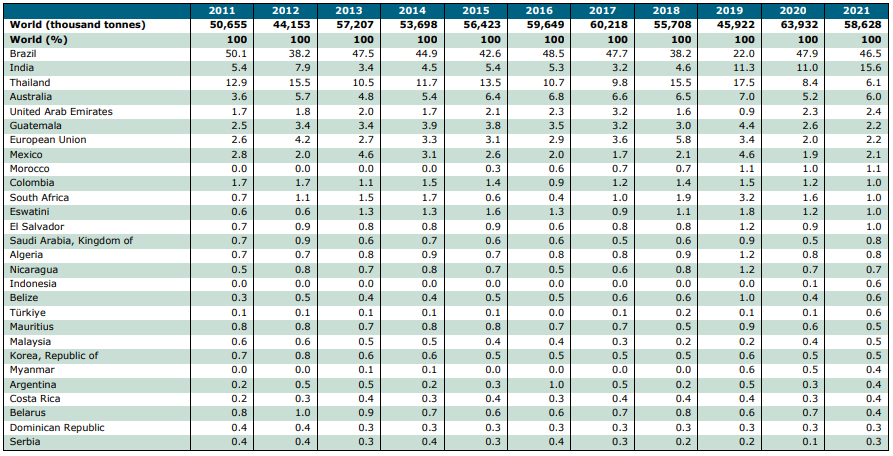 On the one hand, sugarcane is a tropical grass that grows best in places with stable, warm temperatures and high humidity, although cold, dry winters are an important factor for the sucrose concentration of sugarcane.

On the other hand, ethanol produced from sugarcane is highly regarded as an environmentally friendly biofuel with the following features

Adecoagro explains that sugarcane ethanol, unlike coal or oil, which can be exhausted, is produced from sugarcane plants that grow back year after year, provided they are replanted every five to seven years.

Likewise, sugarcane only needs to be replanted every five to seven years, as it is a semi-evergreen crop. It can be harvested without uprooting the plant, so its cultivation has less impact on the soil and the environment.

Finally, according to Adecoagro, sugarcane is very efficient in converting sunlight, water and carbon dioxide into stored energy.