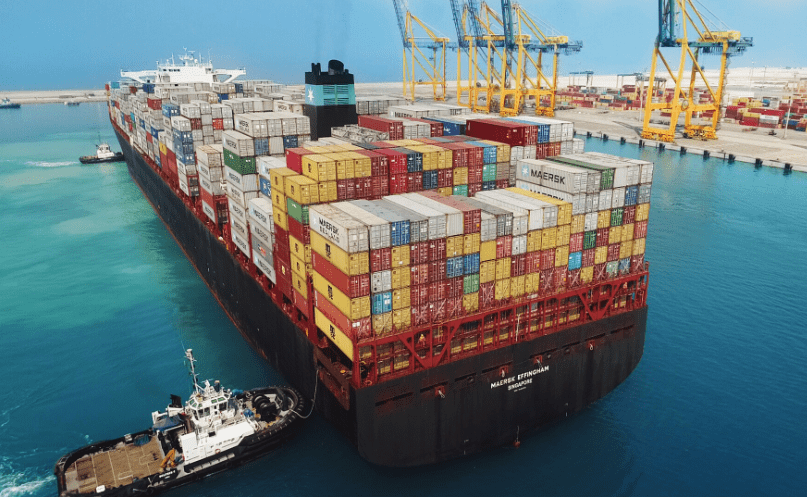 The Port of King Abdullah in Saudi Arabia tops the ranking of the world’s best ports under the Container Port Performance Index 2022.

In 2021, the top-ranked ports were those in the Middle East and Mediterranean and East Asia.

Among the top 25 ranked ports, 10 were in the Middle East and Mediterranean, up from four in 2020.

For East Asia, reflecting congestion, the number of ports in the top 25 dropped from 15 to eight.

The strong performances of ports in the Middle East and Mediterranean and East Asia are indicated in a global heat map.

In Europe, ports in the southwest ranked better than those in the northwest.

The latter required more time for terminal operations, mainly due to an increase in the average volume of cargo interchange, as carriers, in order to mitigate demand volatility and congestion risk, consolidated some of their port calls.

At U.S. West Coast ports, much of the time was spent waiting.

In South Asia, the best performing port was Colombo in Sri Lanka.

However, almost all of them performed better than the world average.

In North and Central America, ports on the U.S. West Coast suffered from a long-term lack of investment in infrastructure. In 2021, Long Beach and Los Angeles were the two worst-ranked ports in the world.

Ports on the U.S. East Coast and Mexico performed better.

Meanwhile, the performance of South American ports was mixed: two-thirds of ports performed better than the world average, led by Cartagena and Buenaventura in Colombia, with the lowest ranking going to San Antonio in Chile.

Overall, however, the regions with the lowest rankings were sub-Saharan Africa and Oceania.

Between 2020 and 2021, in East Asia, due to heavy congestion, many ports have dropped out of the top 25, while the average ranking of container ports has worsened.