The classification of the most imported agricultural products in the world during 2019 was headed by “beans of soya (soybeans)” with a participation of 5.5%, reported the World Trade Organization (WTO).

“Food preparations, n.e.s.” they reached the second position and the “wheat and morcajo (tranquillón)” went from second to third place (participation of 2.8%).

Together, the combined portion of the top three products declined to 11% in 2019.

Among the most imported agricultural products, cotton fell from third to fifteenth place.

Together they represented approximately 13% of world imports of agricultural products. 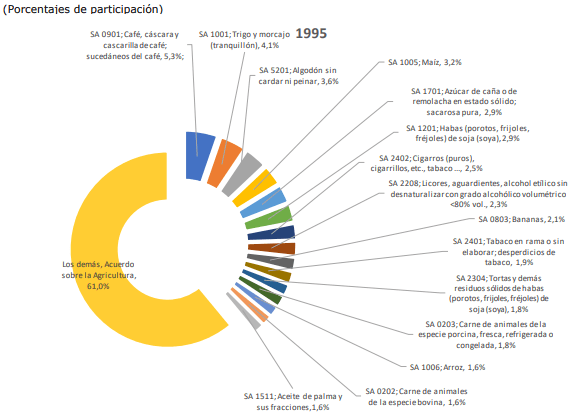 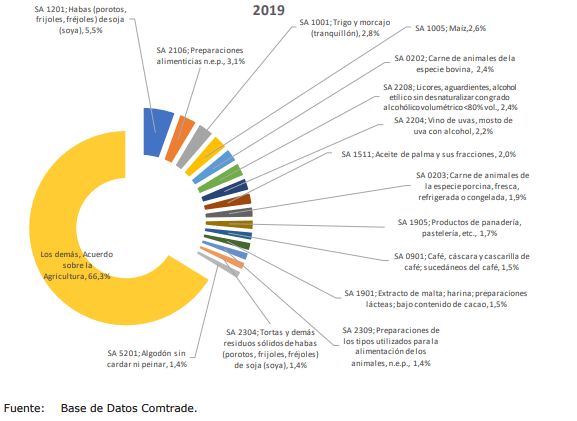 The change that occurred between 1995 and 2019 in the composition of products was significant.

For example, soybeans, which had ranked sixth in 1995, with a share of only 2.9% in agricultural trade, almost doubled their share in 2019.

Solid cane or beet sugar fell from fifth place in 1995 to nineteenth in 2019, while cigars/cigarettes/tobacco fell from seventh to twenty-fourth.

Grupo KUO will invest 2,000 million pesos in a pork plant in Mexico