While coffee and flowers were the agricultural products most exported by Colombia in 2019, corn and solid residues of soybean oil (soybeans) were the most imported, according to data from the World Trade Organization (WTO).

Colombia is ranked 61st among the world’s largest exporters of products and 53rd among the main importers. 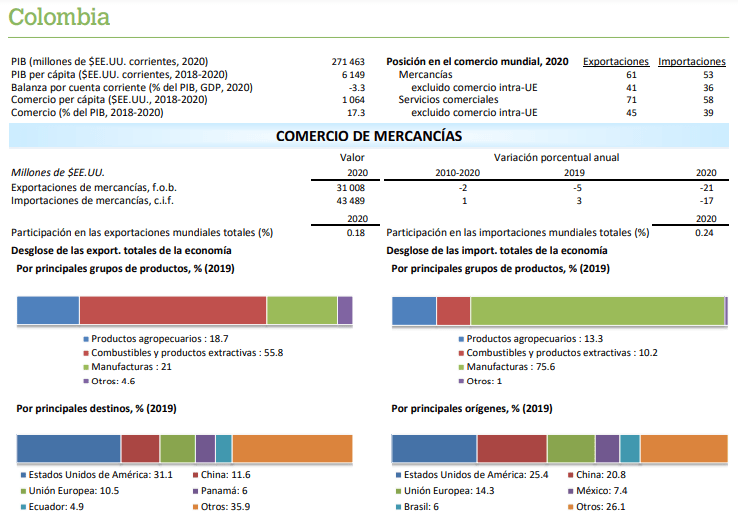 What agricultural products stand out from Colombian exports? The country exported coffee worth 2,363 million dollars in 2019, followed by flowers and buds, cut (1,475 million), bananas or plantains (934 million), palm oil and its fractions (350 million) and cane sugar or of beets (320 million).

At the same time, its imports of corn totaled 1,191 million dollars and then solid residues of soybean oil (546 million), wheat and morcajo (465 million), other food preparations (313 million) and soybean oil and its fractions stood out. (252 million).