The United States was at the forefront of the most competitive countries in food costs in the world, according to a classification prepared by the Department of Agriculture (USDA).

To prepare the indicator, the total consumer spending on food is taken as a basis as a percentage of total household final consumption spending.

Also, separately, it prioritizes this expense in terms of non-alcoholic beverages. 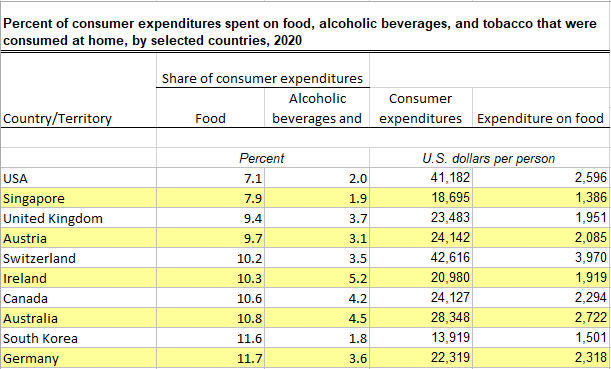 Food suppliers and retailers have responded to the demand by modifying their products and retail formats to better meet consumer needs.

The structure of the global food industry has been changing as manufacturers and retailers adjust to meet the needs of consumers, who increasingly demand a wider variety of higher quality products.