The European Union, China and Japan ranked first among the world’s largest steel and iron exporters in 2020, the World Trade Organization (WTO) reported.

Above all, the European Union exported these products worth 125,000 million dollars. Considering only extra-bloc exports, its sales totaled $ 32 billion.

These exports are among the most regulated by antidumping or countervailing duties in the world. 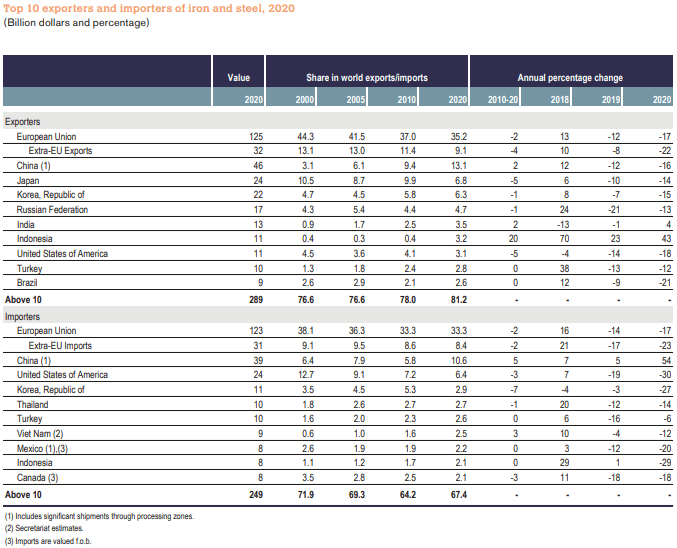 According to the World Steel Association, global crude steel production during the first five months of 2021 amounted to 838 million tons, 14.6% more compared to the same period in 2020.

In North America, plate demand was strong in most customer segments during the second quarter of 2021.

Global demand for high-strength steel was strong during the quarter.

In principle, the markets of all geographies show good demand, which exceeds supply.