El Saucito, owned by Fresnillo plc, was placed in the first position among the largest silver mines in Mexico in 2019, according to data from the Mexican Mining Chamber (Camimex).

With annualized information from Inegi, silver mining production was 187.8 million ounces in 2019, 3.5% less than that corresponding to 2018.

The mines that had a deficit in their production were the following: 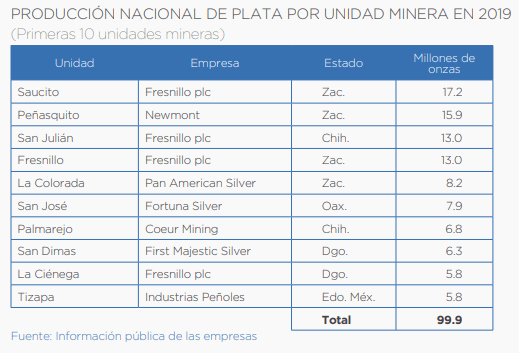 The operations that presented increases in their volumes were: