China reached the first position among the largest importers of pork in the world during 2020.

In general, pork is deeply ingrained in Chinese culture and diet.

Although China’s pork production volume has historically grown steadily, there has been a constant gap between supply and demand for pork. 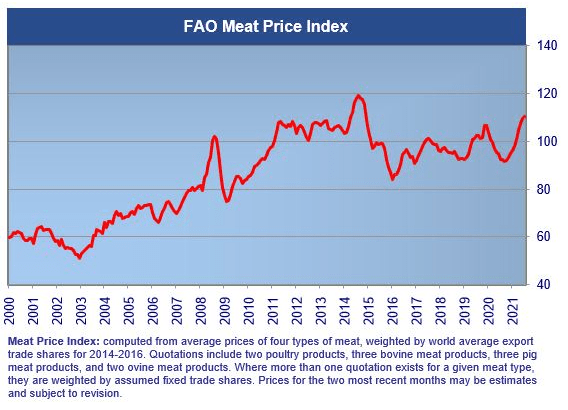 Also in July, poultry meat prices rose the most, supported by rising imports from East Asia amid limited production expansions in some producing regions, while sheep meat prices rose due to high import purchases and seasonal decline in supplies from Oceania.

In particular, beef prices strengthened, reflecting the tightening of world markets due to declining supplies from major producing regions and continued high imports, especially from China.

By contrast, pork prices fell, following a fall in imports from China, despite limited supplies from Germany due to the spread of African swine fever in some pig farms.